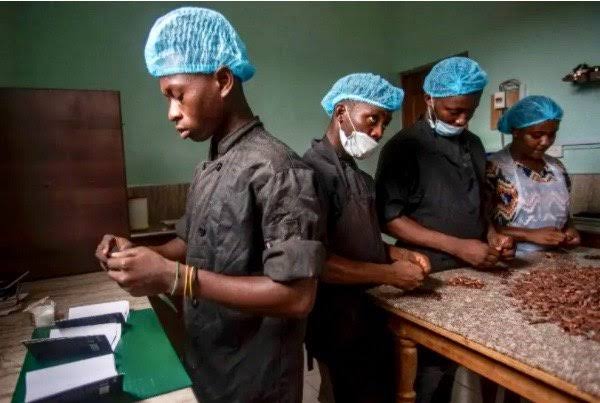 Ivory Coast’s cocoa producers have ended their row with Hershey’s after the US chocolate giant committed to paying a premium above the market price under an initiative to help lift the incomes of poor farmers.

Ivory Coast and Ghana, the world’s number one and two cocoa producers respectively, on Monday accused confectionery giants Hershey’s and Mars of sidestepping a deal to pay the living income differential (LID), a bonus of $400 per tonne of cocoa, the raw material for chocolate.

Millions of small farmers in Ivory Coast and Ghana, which together grow 60 percent of the world’s cocoa, live in grinding poverty.

The LID is part of a programme run by the multinationals to certify that their chocolate is ethically produced — meeting standards of sustainability and free of child labour — allowing them to sell it at higher prices to Western consumers.

Ivory Coast’s Coffee Cacao Council said Friday it had lifted the suspension of Hershey’s sustainability certification programmes after the firm committed to paying the premium, according to a letter to the US company.

“This lifting of the suspension follows your final commitment to pay the LID,” CCC head Yves Kone wrote to Hershey’s.

Hershey’s said on Saturday that it recognised “the importance and the value of the LID as a means to reach and improve the lives of farmers across the entire Ivorian and Ghanaian cocoa farming industry”.

“We were the first chocolate company to publicly support the LID, and are disappointed that others in the industry have recently chosen different purchasing routes,” a Hershey’s statement said.

Ivory Coast and neighbouring Ghana on Monday had launched an unprecedented media offensive against Hershey’s and Mars, accusing the chocolate titans of avoiding paying the LID after Hershey’s reportedly made a large cocoa purchase on the US futures market.

The two firms had denied the charges and assured that they supported the mechanism, imposed by Ivory Coast and Ghana in 2019.

In his letter, Kone indicated that lifting the suspension was decided following a video interview with Hershey officials on December 1, the day after the public denunciation.

The CCC hopes that “in the interest of producers, in your own interests and those of the cocoa sector, our organisation will no longer have to suspend the Hershey programmes in Ivory Coast again,” Kone wrote.

It was not immediately known whether Ghana had also lifted its sanctions.

– ‘Ghana,I.Coast can fix prices’ –
The public accusations, which escalated Thursday as Ivorian cocoa farmers threatened to boycott multinational chocolate makers, could be costly in terms of image and sales to the groups, already in the hot seat for several years over ethical issues.

The world’s chocolate market is estimated to be worth more than $100 billion, concentrated in a small number of multinational corporations.

But only six percent of the bonanza trickles down to the farmers in tropical countries which grow the raw product.

Half of Ivorian growers live below the poverty line, according to the World Bank.

An Ivorian cocoa trader, speaking on condition of anonymity, said although Ivory Coast and its neighbour had “won the battle” Hershey’s had “gained a lot of money by buying 30 to 40,000 tonnes of cocoa without paying the LID and then got the sanctions lifted by apologising”.

“The risk is that other multinationals can do the same thing,” the trader said.

An expert said the episode showed “that when Ghana and Ivory Coast work together, they can fix cocoa prices.”