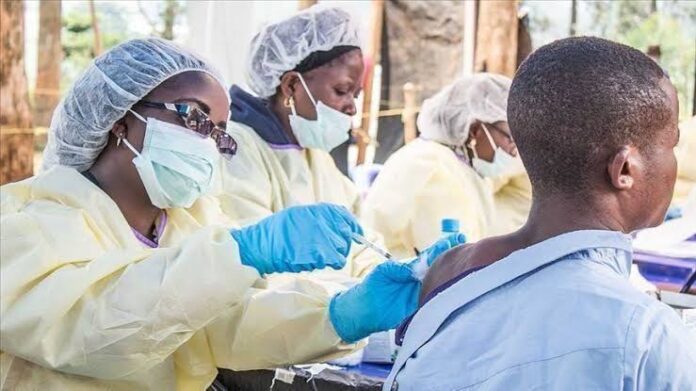 The study shows that there is a higher prevalence of cross-reactive antibodies against the coronavirus in the blood samples collected from sub-Saharan African populations.

A recent study has explained the reason for the lower prevalence of the novel coronavirus disease in sub-Saharan Africa compared to that in the US, Europe, and Asia.

Findings of the study published in the International Journal of Infectious Diseases shows that there is a higher prevalence of cross-reactive antibodies against Severe Acute Respiratory Syndrome (SARS-CoV-2) in the blood samples collected from sub-Saharan African populations.

“The level of antibodies is probably because of Africans prior exposure to other human coronaviruses,” according to a report on news-medical.net.

An antibody is a protective protein produced by the immune system in response to the presence of a foreign substance, called an antigen (such as coronaviruses). Antibodies recognise and latch onto antigens in order to remove them from the body.

A significantly higher prevalence of coronavirus infections and related deaths has been observed in the United States, Europe, and Asia. This is despite having advanced medical facilities and expertise.

In stark contrast to several predictions suggesting that the pandemic will wreak havoc in the African continent, a much lower COVID-19-related morbidity and mortality rate has been documented in sub-Saharan Africa.

Few months into the outbreak in Nigeria, the World Health Organisation (WHO) warned that nearly a quarter of a billion Africans would have contracted coronavirus by the end of this year, with between 150,000 and 190,000 of them dying.

But as of November 28, the total number of infected cases in the continent stood at 2,163,810, about two per cent of Africa’s one billion population. About 51,000 people have died.

This is still far less compared to the over 16 million cases of coronavirus recorded in Europe where 386,816 fatalities have been recorded from the virus.

With over 13 million cases, the US has the highest number of coronavirus cases in the world, data from

Current study design
The scientists analyzed 289 plasma samples collected in the pre-COVID-19 era from people living in sub-Saharan Africa (Tanzania and Zambia) and the U.S.

The purpose was to determine possible serological cross-reactivity between different human coronaviruses. They used an immunofluorescence assay to detect the presence of cross-reactive antibodies against the spike protein and nucleocapsid protein of SARS-CoV-2, SARS-CoV-1, MERS-CoV, HCoV-OC43, HCoV-HKU-1, HCoV-NL63, and HCoV-229E.

The scientist also checked the prevalence of HIV-1 infection in the study cohort to determine whether HIV-1 infection can influence the serological cross-reactivity against SARS-CoV-2.

What they found
Of all Tanzanian and Zambian samples, about six per cent and 43 per cent tested positive for HIV-1, respectively.

In contrast, all U.S. samples tested negative for HIV-1.

Specifically, cross-reactive anti-SARS-CoV-2 antibodies were detected in 2.4 per cent, 19 per cent and 14.1 per cent of samples collected from the US, Tanzania, and Zambia, respectively.

This indicates that people living in sub-Saharan Africa are more likely to have anti-SARS-CoV-2 cross-reactivity than those living in the USA.

The majority of the sub-Saharan African samples showed cross-reactivity against the nucleocapsid protein of SARS-CoV-2.

Interestingly, the scientists observed that Tanzanian samples that showed anti-SARS-CoV-2 cross-reactivity were not positive for HIV-1.

Similarly, the majority of cross-reactive Zambian samples were negative for HIV-1. This indicates that people with HIV-1 infection are less likely to develop cross-reactive antibodies against SARS-CoV-2.

Experiments designed to determine the impact of prior coronavirus exposure on anti-SARS-CoV-2 cross-reactively revealed that all samples showing cross-reactivity against SARS-CoV-2 also recognize the spike protein of less pathogenic human coronaviruses that cause mild respiratory infection (HCoV-OC43, HCoV-HKU-1, HCoV-NL63, and HCoV-229E).

However, none of the samples showed reactivity against lethal coronaviruses’ spike protein (SARS-CoV-1 and MERS-CoV).

Regarding viral nucleocapsid, about 92 per cent and 50 per cent of anti-SARS-CoV-2 cross-reactive samples showed reactivity against the nucleocapsid protein of HCoV-NL63 and HCoV-229E, respectively.

Overall, these findings indicate that the spike protein is more specific than nucleocapsid protein in terms of inducing adaptive immune responses.

More findings
The study reveals that prior exposure to common human coronaviruses may be the reason behind the low susceptibility of sub-Saharan African populations to SARS-CoV-2 infection.

In contrast, a significantly lower prevalence of cross-reactive anti-SARS-CoV-2 antibodies in Americans indicates their susceptibility to SARS-CoV-2 infection.

Although it is still uncertain whether the presence of cross-reactive antibodies can protect people from SARS-CoV-2 infection, the scientists believe that antibody-mediated adaptive immune responses may provide some level of protection against COVID-19 progression.