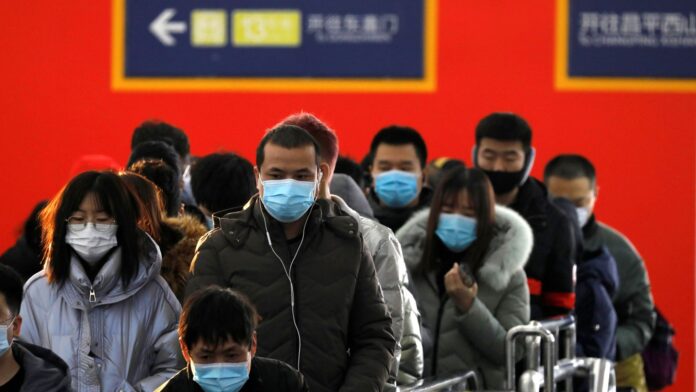 A northeastern Chinese city of nine million people was ordered to lockdown on Friday, as authorities scramble to halt a fresh Covid-19 outbreak that has pushed nationwide case counts to their highest in two years.

Changchun, the capital of Jilin province and an important industrial base, has ordered residents to work from home. One person will be allowed out every two days to buy “daily necessities”, and said it would institute mass testing.

After the highly transmissible Omicron variant broke through China’s defences, Covid cases across the country soared past the 1,000 mark this week for the first time since the pandemic’s early days in 2020, from less than 100 just three weeks ago.

There were 1,369 cases across more than a dozen provinces, according to the latest daily official count released earlier Friday.

Also on Friday, Shanghai ordered its schools to close and shift to online instruction.

Covid-19 was first detected in China in late 2019 but the government has kept it largely under control with snap lockdowns and mass testing while keeping its borders mostly closed.

As a result, its case counts are extremely low by international standards.

But the aggressive approach has caused pandemic fatigue in China.

The country’s central economic planning agency recently warned that big lockdowns can hurt the economy, and a top Chinese scientist suggested the country should aim to co-exist with the virus, like other nations.

The government has invested much of its prestige in its ability to control Covid, however, and Friday’s measures appeared to pour water on hopes that China would soon scrap its zero-tolerance approach.