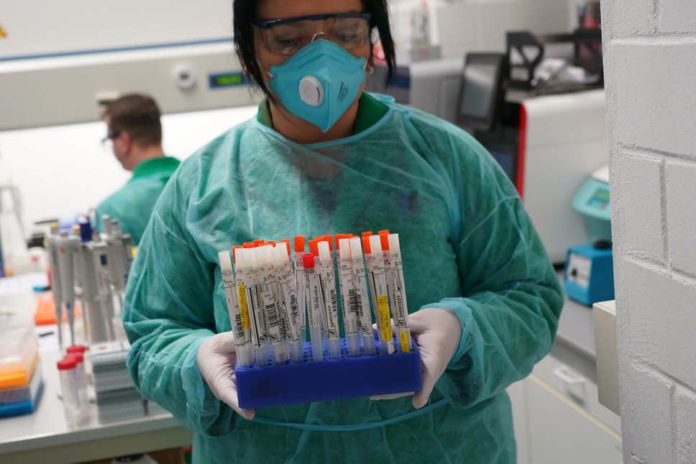 Testing kits which were headed to the UK have been found to be contaminated with coronavirus.

The Government has said that it aims to boost the rate of tests to 25,000 every day by the end of April at the latest and has asked private companies to help drive up test production.

But one production firm, Luxembourg-based manufacturer Eurofins, told UK labs on Monday that deliveries would be delayed as core parts had been contaminated with coronavirus, the Telegraph reported.

The news comes after days of confusion over how much testing the UK is doing.

Cabinet minister Michael Gove said on Sunday that the UK had met its target for this stage of the coronavirus response with 10,000 tests done that day.

But Public Health England later released figures showing that just over 8,000 tests had been done in the previous 24 hours, although the NHS had capacity for more than 10,000.

Meanwhile a former director of the World Health Organisation has criticised the UK’s testing efforts .

Professor Anthony Costello, who now works at University College London, told BBC Radio 4’s Today programme that the UK isn’t using its resources as efficiently as countries like Germany – which is doing 70,000 tests per day.

He said: “We have 44 molecular virology labs in the UK. If they were doing 400 tests a day we would be up to Germany levels of testing and that is perfectly feasible…

“If you look at Korea, they have done 490,000 tests. Their death rate is three per million and they have suppressed the virus.

“I don’t see why we can’t get these 44 labs up and running, finding cases and testing.

“We must go to mass testing and when we remove the lockdown… then we will have a control mechanism which will enable us to wait, without socially distancing the whole country, for drugs or a vaccine for herd immunity.