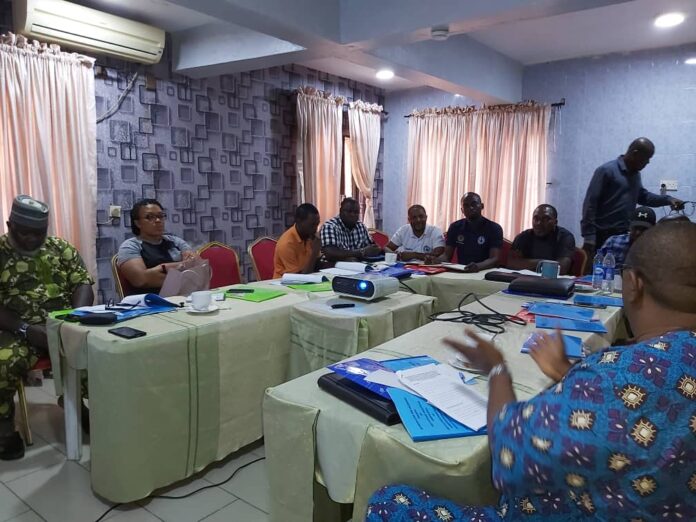 The Private Telecommunications and Communications Senior Staff Association of Nigeria (PTECSSAN) has threatened to embark on a two-week industrial action over the alleged anti-labour practices by the management of MTN Nigeria.

The union, which is an affiliate of the Nigeria Labour Congress (NLC), issued the warning in a statement on Tuesday.

It also vowed to disrupt the services of the telecommunications company nationwide after several attempts to resolve the issues failed.

According to PTECSSAN, the issues bother on the remuneration of workers, exit packages for long-term staff, employee relations practices, and alleged abuse of expatriate quota, amongst others.

It accused MTN of disregarding its employees in the country, saying such an action was contrary to the core values preached by the organisation.

“MTN practices an unwholesome, insensitive, and discriminatory structure in the emoluments of some categories of workers.

It added, “Non-payment of severance benefits at the point of departure of employees after long years of dedicated and uninterrupted services to the company has become a deep frustrating practice to the live long guarantees for workers in MTN.

“The company claims it has not been paying exiting employees severance benefits, hence, it cannot be a matter for negotiation with the union despite the fact that social dialogue demands that all matters without exception concerning workers in the workplace are subject to negotiation.

“The rate at which companies in the telecommunications sector import excessive manpower to the country to do jobs Nigerians are not lacking in competence is alarming. It is becoming pervasive in MTN Nigeria as well.

“We have several expatriates in the company who do exactly what Nigerians do. Most of these expatriates are trained by Nigerians and we still wonder how the permits for these individuals were approved.”

The union warned that if the company fails to yield to its demands or source for another alternative to satisfy their business interests, its proposed strike would be wide and compelling with deep implications for the company’s businesses.

“Once again, we reinstate that if our demands are not fully and appropriately complied with by MTN Nigeria Telecommunications Limited on or before the next 14 days from today, we shall withdraw every guarantee of industrial peace within MTN Nigeria. Services may be disrupted across the nation throughout the network from the midnight of the 24th day of August 2020,” it said.

A Great Place To Work
In his reaction, MTN’s Chief Corporate Services Officer, Tobechukwu Okigbo, stated that the allegations made by the labour union were totally untrue and without any merit.

Okigbo insisted that MTN has built a ‘people first’ culture that empowers its employees, values inclusivity and hard work, and instills a responsibility for its customers and communities.

“This is what defines and unites us. MTN cares greatly about all its workers, deploying global best practice people solutions and policies that make MTN Nigeria a great place to work.

“We intentionally invest in our people. Indeed, MTN’s success in Nigeria is as a result of the hard work, commitment, and dedication of all staff, guided by a strong culture of people management,” the statement said.

It added, “Our people/workforce are our most critical competitive advantage and a key differentiator in the marketplace so we take staff welfare, remuneration, and career development seriously.

“We have stringent policies in place that promote meritocracy and protect our employees from all forms of harassment and discrimination and creates a workplace where employees feel valued and safe.”

Recently, the MTN group announced plans to exit the Middle East and focus on the African continent, stating that the Middle East environment was becoming increasingly complex and has contributed less to its earnings.

It explained that the move was part of its medium-term strategy, starting with the sales of its 75 percent stake in MTN Syria.

After the planned exit, the firm’s entire portfolio would amount to 17 subsidiaries in Africa.

Meanwhile, half-year earnings report sent to the Nigerian Stock Exchange showed that MTN Nigeria reported a half-year revenue of N638 billion in 2020, compared to N566.9 billion it reported in the same period last year, driven by growth in data revenues in the first and second quarters of the year.

In the second quarter of 2020, total revenue rose by 8.5 per cent to N308.9 billion, driven largely by higher data revenues.

The company explained that the growth in data revenue was driven by growth in data usage and traffic while adding two million new data subscribers in the quarter compared to 1.8 million in the first quarter.

PTECSSAN, however, insisted that the increase in revenue was enough reason why the company should not engage in unfair treatment of its staff in a country that contributes about 60 per cent in its entire Africa operations.