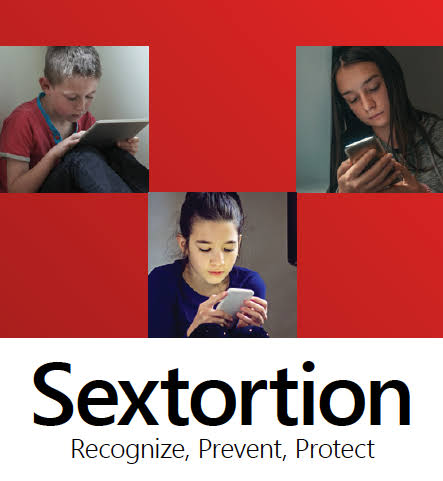 Sextortion is the practice of extorting money or sexual favours from someone by threatening to reveal evidence of their sexual activity.

The bureau made this remark in a tweet, Thursday. The tweet said, “You may have told your children not to talk to strangers as soon as they learned to walk, but have you told them not to send explicit photos to people since they’ve learned to type? Help protect your children by talking to them about sextortion.”

You may have told your children not to talk to strangers as soon as they learned to walk, but have you told them not to send explicit photos to people since they’ve learned to type? Help protect your children by talking to them about sextortion. https://t.co/IYsTBOXaD3 pic.twitter.com/icu7XMp0yK

Sextortion is defined as the practice of extorting money or sexual favours from someone by threatening to reveal evidence of their sexual activity.

How sextortion starts
According to the FBI, sextortion can start on any site, app, or game where people meet and communicate, and that in some cases, the first contact from the criminal will be a threat. By this, the person may claim they already have a revealing picture or video of a child that they will share if the victim does not send more pictures.

The intelligence agency said that this crime starts when young people believe they are communicating with someone of their own age who is interested in a relationship or with someone who is offering something of value.

“The adult will use threats, gifts, money, flattery, lies, or other methods to get a young person to produce an image,” the FBI added.

After the criminal has one or more videos or pictures, the FBI said they (the criminal) threaten to share a publish that content, or they threaten violence, to get the victim to produce more images.

“The shame, fear, and confusion children feel when they are caught in this cycle often prevents them from asking for help or reporting the abuse. Caregivers and young people should understand how the crime occurs and openly discuss online safety,” the Bureau said.

“If a young person is being exploited, they are the victim of a crime and should report it. Contact your local FBI field office, call 1-800-CALL-FBI, or report it online at tips.fbi.gov.,” the FBI warned.

How sextortion can be prevented
The FBI advised that information-sharing and open lines of communication are the best defense to curb sextortion.

They said young people need to know this crime is happening and understand where the risks are hiding.

To do this, the Bureau advises that parents, guardians, or caregivers as the case might be, should explain to the children that people can pretend to be anyone or anything online, as strangers reaching out to them online may be doing so with bad intent, and no matter what the platform or application claims, nothing “disappears” online.

“If they take a photo or video, it always has the potential to become public,” the Bureau added.

The FBI advised that caregivers may choose to place certain limits on children’s Internet use or spot check their phones and other devices to see what applications they are using and with whom they are communicating.

“This can be part of an open and ongoing conversation about what is and is not appropriate online. It also may be worth considering a rule against devices in bedrooms overnight or shutting off Wi-Fi access in the overnight hours,” the FBI report said.

The FBI said caregivers may also want to review the settings on a young person’s social media accounts with them, and that keeping accounts private can prevent predators from gathering their personal information.

It says the other crucial element is to keep the door open to your children so that they know they can come to you and ask for help. Let them know that your first move will be to help—always.

“These predators are powerful because of fear, and the victims suffer ever more negative consequences as the crime carries on over days, weeks, and months. If you are the adult a child trusts with this information, comfort them, help them understand they have been the victim of a crime, and help them report it to law enforcement,” the report added.