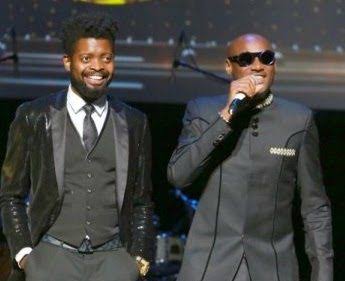 LuQuLuQu is a campaign initiated by UNHCR in 2017 to help to raise awareness and support on forced displacement across Africa.

Nigerian stand-up comedian, Bright Okpocha (a.k.a Basketmouth) is one of the big names in Africa featuring in a United Nations’ comedy show slated for Sunday.

The “Africa is a Continent, African is a Country” event will be hosted by the UN Refugee Agency (UNHCR) under its social media platform, LuQuLuQu.

Other comedians on the line-up are Malawi’s Daliso Chaponda, Eddie Kadi of Congo and Ak Dans popularly known as ‘The Woke Refugee’, from South Sudan.

The UNHCR said the show aimed at celebrating “our beautiful diversity and strong unity while laughing along the way”.

The event is scheduled to begin at 6.00 p.m. Nigerian time; registration is free at https://luquluqu.org/comedy/.

LuQuLuQu is a campaign initiated by UNHCR in 2017 to help to raise awareness and support on forced displacement across Africa.

It seeks to transform public perceptions of the African refugees by shedding light on the incredible resilience refugees demonstrate.

The movement takes ownership of shaping the narrative of over 20.2 million Africa’s displaced, and drives individual contributions toward supporting the refugee cause.

“We believe in the African philosophy of Ubuntu: I am because we are. We see the resilience, courage and hope of people forced to flee.

“Together we can invest in the future of our forcibly displaced brothers and sisters and help restart their lives to building a better, safer Africa together,” the agency said.