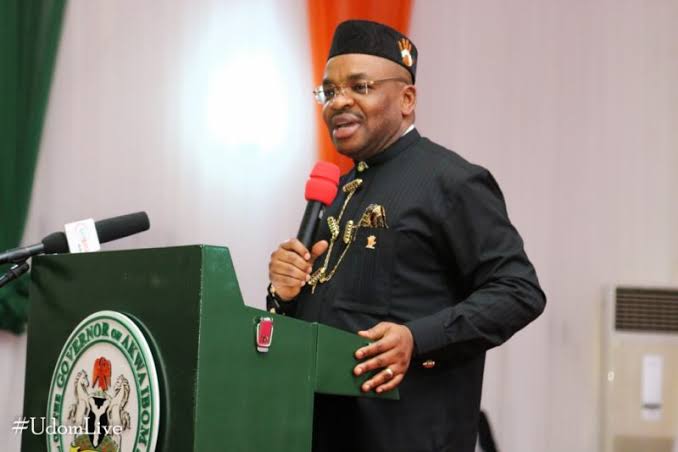 Reports published by some local and national dailies said armed robbers recently attacked the heavily secured Government House and carted away an undisclosed amount of money.

Ekerete Udoh, spokesperson to Governor Udom Emmanuel, has described as misleading, a report in the media that armed robbers attacked the Government House in Uyo, Akwa Ibom State.

Reports published by some local and national dailies said armed robbers recently attacked the heavily secured Government House and carted away an undisclosed amount of money.

“Let me state here categorically that the angles and layers of reportage are decidedly false, sensational and a product of mischief and outright misinformation, motivated by bile, anger and animus,” Mr Udoh stated in a statement on Wednesday.

“Government House or whatever other name such is called all over the world, remains the most safest and protected space. No hoodlum or armed robber would ever attempt to attack such a highly fortified place,” Mr Udoh added, while asking members of the public to disregard the reports.

There has been an increase in armed robbery attacks lately in Uyo, the Akwa Ibom capital, prompting the governor, Mr Emmanuel, to hold an emergency security council meeting on Thursday.

Shops and offices were hurriedly closed in Uyo, the state capital, before 8 p.m. on Wednesday and the streets deserted because of the fear of armed robbers.

The police spokesperson in the state, Odiko MacDon, on Friday disclosed that 40 armed robbery suspects have been arrested in the state.

“The street is very calm and peaceful,” Mr MacDon told the media.

“The police are doing what they are expected to do, we will see a more robust policing, a more intelligence-led policing, we expect a more peaceful state.”