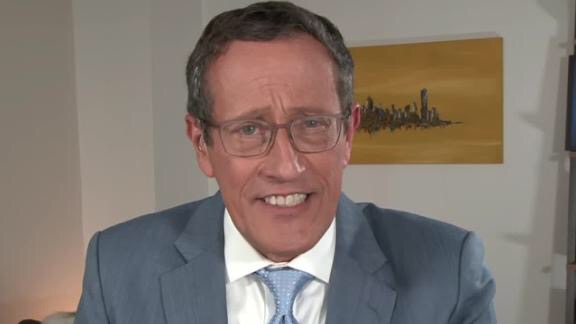 In downtown Buffalo, New York, crossing the border into Ontario, Canada, used to be as easy as driving one mile across the Peace Bridge over the Niagara River. But that’s now a forbidden route.

In the coronavirus era, New York residents and out-of-state road trippers aren’t allowed to cross the border for leisure travel.

US citizens have been shut out of their neighboring country to the north and a slew of nations around the world. The latest travel news affecting Americans: The European Union is considering blocking travelers from areas with severe Covid-19 outbreaks after it opens it borders on July 1.

Since the United States has more confirmed coronavirus cases than anywhere else in the world, with numbers increasing in some states each day, US travelers are unlikely to be allowed in any time soon.

“The US’s chances are close to zero,” an EU diplomat told CNN. “With their infection rates … not even they can believe in that possibility.”

Although potential travel bubbles are being discussed all over the world — Fiji is the latest in talks to join one with Australia and New Zealand — the United States has yet to form or join a bubble.

Where does this new world order leave US citizens with a penchant for travel?

Nostalgic for the pre-Covid days when a US passport promised access to much of the world? Anxious of how they’ll be perceived — and received — by foreign countries when restrictions are eventually loosened?

The future of travel for Americans, and whether they’ll be welcome again as tourists, is not clear; in many ways, it’s a moot point for as long as travel to certain regions is prohibited.

As many Americans eschew air travel and instead take to the road, they won’t be taking the road into Canada. Indeed, travel restrictions for US passport holders at this time far outnumbers the travel possibilities.

And for many people, that’s just how it should be.

“The majority of Canadians are strongly against allowing Americans into the country due to the US’s rampant infection rate. Although some states seem to be managing the pandemic, when we see news of Oklahoma allowing an indoor rally, we just shake our collective heads,” Friesen tells CNN Travel via email.

Stacey McKenna, who is based in Colorado, isn’t ready to think about international travel of any kind right now, though she stipulates that it’s partially because the places on her radar “are extremely vulnerable economically and geographically,” and she wouldn’t be willing to risk exposing anyone.

“I think if I reach a place where I feel international (or even air) travel would be appropriate, then I’ll start asking myself if I think I’d be welcome.”

For New York-based travel writer Juliet Izon, who canceled a summer vacation in Italy months ago when there was still a glimmer of hope that things might resume, seeing where the United States is compared with other countries is disheartening and depressing.

Izon believes she’ll take the trip to Italy one day but says, “I wouldn’t be surprised if in certain countries if they don’t allow Americans in for a while or a really strict quarantine for years to come,” adding that the United States’ handling of Covid-19 was likely to be “another black mark against us.”

The other? The state of US politics.

Friesen, who says she appreciates her country’s politicians taking a backseat to the scientific and medical community, is scared of the way the virus in the United States “has become politicized.”

But one EU diplomat ,who spoke to CNN earlier in the week on condition of anonymity, calls the US-EU travel decision a very sensitive issue and insists “it is only ever about health.”

“For sure, you can see not being on the list as something political, when one country is allowed in and another is not, but this is a misrepresentation of what we are doing. We are looking to open our borders, this is a positive step.”

In spite of this statement and the EU diplomat’s insistence that “we want people to come,” the much-changed travel landscape has some people concerned.

“Rather than thinking about the near future of travel, I’ve been pondering how all of this will affect xenophobia more generally,” says McKenna.

Dennis Geronimus, New York University art history associate professor and chair, has historically combined business and leisure travel, often to Italy. He is not personally concerned about how he’ll be received when he travels internationally again — and he’s someone who’ll likely be able to travel on certain foreign soils well before other Americans.

This is in large part because of the nature of his travel. Geronimus is typically hosted by international colleagues and admits that it is “different than going on vacation somewhere not knowing anyone and then just diving into the culture and going to see the sites and seeing other foreigners at the sites as well.”

There are steps Geronimus could take now to potentially be granted access forbidden to US leisure travelers, though he’d still be subject to the quarantine.

In any event, though he’d like to see the Raphael exhibition in Rome and collaborate with colleagues in Italy, he’s not planning a trip to the region anytime soon.

It might be deemed essential, but Geronimus doesn’t see it as essential enough. Instead, the professor would prefer to focus on the measures needed to resume on-site classes at NYU this fall.

Likewise, McKenna, whose background is in medical anthropology and public health, is thinking about other, bigger things: “I’ll be honest. I haven’t even gotten to the question of whether I think I would feel welcome as an American” since international travel is just not appropriate right now.

Says US Secretary of State Mike Pompeo, “We’ve been working with countries all across the world, including our friends in Europe and the EU proper to determine how it is we can best safely reopen international travel. It’s important for the United States to get Europeans the capacity to travel back to the United States.”

It’s not about Americans, per se, says New Zealander Elen Turner, though it’s hard to ignore the restrictions impacting them along with the number of confirmed Covid deaths and cases.

“I think once the borders reopen properly, New Zealanders will be as welcoming of Americans as they will be with any other travelers,” Turner says.

But Friesen, who is troubled by the United States’ handling of the pandemic, says, “Given the push back on the pandemic protocols we’ve seen in the US, we just don’t believe that Americans will do the right thing.”

As stories of Americans refusing to wear masks — not even on an airplane in at least one case — and not practicing social distancing surface, Friesen’s skepticism may be justifiable.

However, for so many people CNN Travel spoke with, the health and safety of others — and doing what’s right — is paramount.

Chicago-based photographer and writer Joshua Mellin says: “I think to travel internationally for leisure right now demonstrates a total lack of care, you deserve whatever stares you get.”

When it comes to granting foreigners entry, Turner would be comfortable taking cues from the New Zealand government. Right now, returning New Zealand citizens must quarantine for two weeks upon arrival, and no one else is allowed in.

If, down the line, the quarantine was applied to all visitors to New Zealand, what then?

“So if that was to be extended to all arrivals then I think New Zealanders would be fine with that because generally, our government has handled the pandemic well and there’s a high degree of trust in them,” Turner says.

She adds, however, that she doesn’t see this happening, does not envision a New Zealand opening itself up to foreigners until quarantine is no longer necessary.

The idea of a pre-holiday quarantine is the subject of scrutiny anyway.

Last month, when the concept was gaining steam, Alison Hickey, president of Kensington Tours, told CNN Travel “we would not recommend traveling to a destination that has implemented a 14-day self-quarantine requirement.”

While enforced quarantines will deter many a traveler, other regions with no quarantines in effect might entice them.

From Mexico and the Caribbean to Turkey, tourist spots around the world are opening back up and encouraging visitors to boot.

Whether hotel promotions or upgrades or relaxed policies on cancellation, the sweet chorus of “we are opening” could potentially jump start what has been a very dark period in the tourism sector.

But just because The Maldives, a luxury destination, is ready to welcome back all visitors with no restrictions (there are also no visa requirements or additional fees), how many US citizens are ready to go?

For many of the US travelers that CNN Travel spoke to for this story, being welcomed or feeling welcome in another country is beside the point.

The danger of exposure and of being exposed looms. And then there’s the fear of being stuck somewhere far away.

Elizabeth Lavis, who is originally from upstate New York, found herself scrambling to get out of Vietnam in March amid the outbreak and sudden stringent travel restrictions. That ordeal and what’s transpired with the coronavirus since have made Lavis reluctant to go far away from home for the foreseeable future.

California resident Melanie Haiken expresses a desire to help struggling economies as a tourist and is already thinking about her future travels, which include places not so close to home: “As to international travel, I would be ready to travel again in August, but would want to go places that are eager for visitors. I have my eye on Guatemala and Costa Rica, Turkey and Jordan, Scotland, Estonia, and a few other places that seem likely candidates based both on safety and how much their economies depend on tourism.”

Turkey, it would seem, is a likely candidate. On June 19, Turkish Airlines relaunched two North American routes to Istanbul with two others (Miami and Los Angeles) following on June 22 and 24 respectively. By late July, three additional US hubs will be operating flights to Turkey.

Any EU travel ban could change things, but as of June 23, when CNN spoke to Connecticut-based Caryn B. Davis about her upcoming trip to the Azores in Portugal, the travel journalist said she is still planning on going, hopefully in the next six weeks.

But until safety concerns can be adequately addressed, Mellin doesn’t think anyone, US citizen or not, should be going anywhere.

“There’s a responsibility of showing respect for other people and places as a traveler that starts at home and is inherently broken by visiting another country during a global pandemic.”

“I think if anything, when we do travel, it’s certainly my hope that we bring that sense of, I guess, empathy to wherever we’re going … ,” Geronimus says.