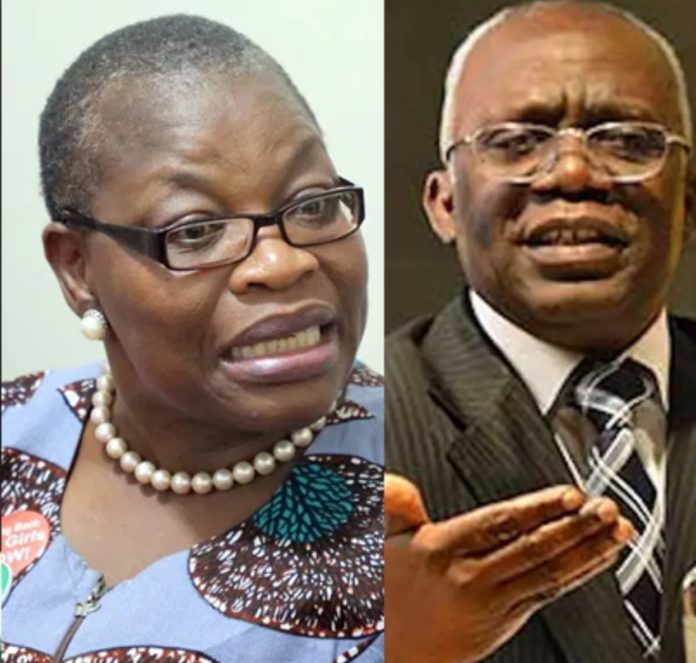 Ahead of the 2023 general elections, 30 prominent Nigerian activists, academics, and other professionals, have formed a new political movement called National Consultative Front.

The group’s objectives include mobilizing Nigerians for a popular mass action towards political constitutional reforms that are citizen-driven and process-led in engendering a new peoples’ constitution.

This was contained in a communique after a month-long nationwide consultations and virtual meetings. It was made public by the new group’s National Secretariat, in Abuja, on Wednesday.

The group will be unveiled to the public later this month. Part of the resolutions adopted after the meeting read in part, “A new ideological mass Movement shall be initiated to embark on immediate mass mobilisation of the nooks and crannies of the country for popular mass action towards political constitution reforms that is citizens-driven and process-led in engendering a new Peoples’ Constitution for a new Nigeria that can work for all.

“The new movement shall also, without delay, mobilise for the economic wellbeing and prosperity of all Nigerians by demanding and ensuring that Chapter 2 of the present Constitution i.e.; “Fundamental Objectives & Directive Principles of State Policy becomes justiciable once and for all, while also mounting an articulate and vigorous campaign to deconstruct and reconstruct obnoxious election laws which have provided leeway for opportunists in the corridor of power to subvert the will of the electorate making voting irrelevant in determining who actually becomes elected in Nigeria.”

Members of the group expressed sadness that the nation’s political leadership has failed to protect Nigerians from the activities of bandits, armed robbers, and terrorists.

They also said it was time for Nigerians of good conscience to come together to deliver the nation from descending into chaos due to the absence of credible leadership.

The communique further read, “Our Political Coalition wish to assert that the current factionalisation and imbroglio rocking dominant political parties in Nigeria as well as the heightening political tension in the country, especially within the Nigerian ruling class, have further given credence to our resolve and intervention to provide a credible alternative political class and leadership for Nigeria as most of those who pride themselves as Leaders of our country in the last twenty-one years of civil rule have proved to be huge failures and burden to the wellbeing of our people”To This end we decry in

categorical terms, the ongoing mindless massacre and kidnappings in the North West, North East, Southern Kaduna, the Middle Belt, Southern part of Nigeria and in fact the country at large by armed bandits and insurgents, who invade our communities, especially at night to inflict terror and murder on hapless residents and unsuspecting indigenes.

“We hereby call on those presently in charge of our Federal Government, military, and security apparatus to immediately wake up and do everything to stop the ongoing senseless pogrom against the masses of our people.”