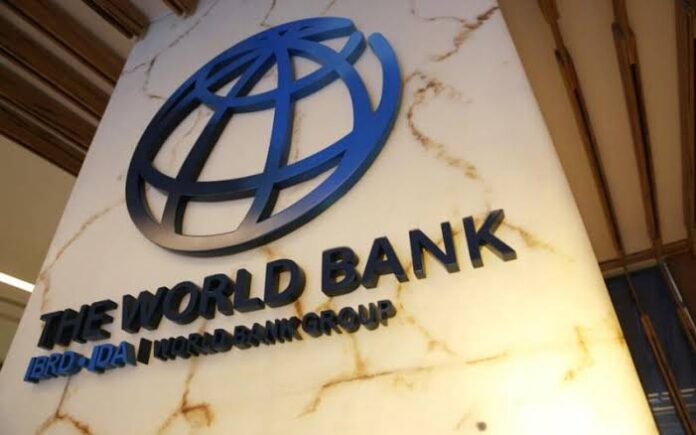 The World Bank is reportedly toying with Nigeria over the proposed $1.5 billion dollars put forward since February 2020 but yet to be disbursed 6 months after.

Information from Fayer and Fraser an exclusive newsletter edited by Feyi Fawehinmi, a respected Financial analyst, indicates the loan from the World Bank has remained elusive as the multilateral institution has continued to move the “goalposts” through stringent conditions that are unprecedented.

According to Feyi, It is difficult to understand why the World Bank appears to be leading Nigeria on a merry dance over a relatively small loan amount that is less than half of what the IMF already approved and disbursed. One can consider a scenario where the funds were actually to help with Nigeria’s response to the pandemic and it had not yet been released by the end of August.

The World Bank approached Nigeria in February 2020 for a possible loan disbursement as the world envisioned the economic impact of COVID-19 on the global economy particularly emerging markets in sub-Saharan Africa like Nigeria. Yet after several presentations that lasted between March and April, the loan remains un-disbursed. The loan was meant to be disbursed in June 2020.

Several reports at the time indicated that the World Bank had laid out conditions upon which the Apex bank was to lend money to Nigeria among which are a unification of the exchange rate, removal of fuel subsidy, and introduction of a cost-reflective tariff. This is despite being a loan tied to the Covid-19 pandemic.

Rather than approve the loan, the World Bank then came up with a new demand – the CBN had to clear the backlog of foreign exchange demand which it calculated at US$6 billion. The CBN’s own calculations put the backlog at US$2 billion while in a separate calculation, the IMF put the figure at US$2.5 billion. To be clear, the backlog from foreign dividends, such as the one that recently embarrassed Nigeria’s largest bank, as well as those from correspondent banks is not included in CBN’s calculations. Still, it will be a stretch to imagine that even with those numbers included the number would reach the World Bank’s US$6 billion figure.” Faye and Fraser

What is the World Bank’s intention?
According to Faye and Fraser “One speculation is that the World Bank is unhappy that foreign portfolio investors are now stuck in the country unable to get the dollars they need to exit their positions and leave the country.”

As the media has often reported, Nigeria has a foreign exchange pent-up demand between $2-3 billion from both foreign and local portfolio investors. Nevertheless, Faye and Fraser wonders why this is a condition precedent to disbursement of the loan

“But this is also not the first time the World Bank will lead Nigeria on such a dance that ultimately ends in disappointment. In 2016 there were extensive talks about a loan which went on and on and ended with no funds being disbursed. Most disturbing is that the World Bank now seems to be using the media to selectively leak information to the public designed to paint a picture of the country’s resistance to reforms as the sole reason for the delay,” Fayer and Fraser stated.

A top-level government official who spoke to the media on condition of anonymity also wondered why the World Bank was placing so much emphasis on conditionalities that do not relate to the essence of the loan. “They have not asked for things like how many COVID-19 centers have we built? How well are we containing the spread of the virus and what palliatives has the government put in place to alleviate the poor? Have we properly deployed some of the funds and grants already raised by the government” the source asks?

Why this matters: The government, particularly the central bank has been chastised for months for taking too long to meet the conditions of the World Bank. However, with the prolonged delays to disbursement and spurious conditions, it appears there is more than meets the eye. Nigeria is significantly under pressure for a loan and has ruled out on any Eurobond this year. It could reconsider this move if the World Bank continues to delay.

CBN To Stop Sale Of Forex To Banks By Year-End