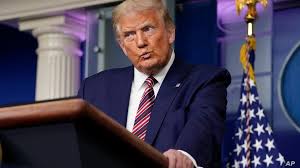 The small amount of federal income taxes President Trump paid in both 2016 and 2017 — just $750 each year — has become the focus of much attention since it was revealed in a New York Times investigation. The figures below, drawn from Mr. Trump’s tax-return data for 2017, show how his accountants arrived at that figure for one of those years.

Although Mr. Trump donates his salary to the government, it is subject to income tax along with his other earnings. But because Mr. Trump’s overall income was negative, he did not owe regular income tax on any of it.

He was, however, still subject to the Alternative Minimum Tax, a parallel tax system that reduces the benefit of some deductions, preventing wealthy people from erasing their tax liability altogether. Most significantly, the A.M.T. formula disallowed $45 million in losses that Mr. Trump had carried over from prior years.

But tax laws gave him one more line on which to reduce the A.M.T. Mr. Trump had $22.7 million in General Business Credit, much of it carried forward from prior years, that he could apply. The credit is a smorgasbord of tax incentives and givebacks to business owners, and in Mr. Trump’s case they ranged from credits of $322,926 for Social Security and Medicare taxes paid on employee tips to at least $1.5 million related to rehabilitating the Old Post Office in Washington.

The business credit cannot be used to get a refund; it can only be applied against taxes owed. Mr. Trump had more than enough to cancel out his $7,435,857 tax bill. But on the Form 3800 for the General Business Credit, his accountants subtracted $750 from his allowable credit. Why they did that is not clear. But the result was a total federal income tax liability of $750.