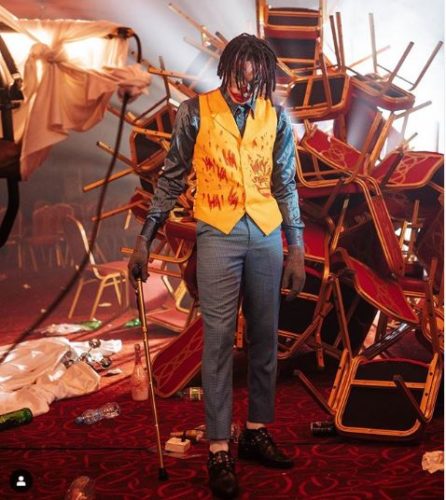 Fireboy DML’s single “Party Scatter” has made the soundtrack for a football simulation game, FIFA 21.

“‘Scatter’ on @EASPORTSFIFA FIFA 21, get the soundtrack playlist on all DSPs game officially out on the 9th of October,” the singer tweeted on his handle, Monday.

The Nigerian is one of the few artists featured in the main soundtrack of FIFA 21 and is the first person from the West African country to achieve such a feat for the game which is set to be launched on the 9th of October 2020, for PlayStation 4, Xbox One, and PC

EA Sports also confirmed it in a tweet on its handle on Monday, sharing a photo of other songs that made the soundtrack for FIFA 21.

“Party Scatter” has so far accumulated more than 30 million views in all streaming platforms.