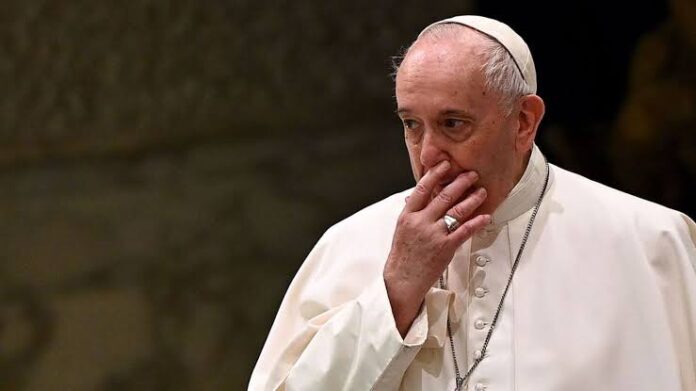 Pope Francis urged young Catholic entrepreneurs Saturday to develop a new, more just economic model that could save a mistreated planet while helping the poor and the excluded.

Francis spoke via a video message beamed to a virtual meeting of young business leaders and urged them to make major changes to global economic relationships.

“You recognize the urgent need for a different economic narrative,” the pontiff said in comments translated into English.

“The present world system is certainly unsustainable from a number of points of view and is harming our sister earth, so gravely maltreated and despoiled, together with the poor and the excluded in our midst,” the pope remarked.

He pointed out that the coronavirus epidemic had caused people to think about the situation the world found itself in.

“Once the present health crisis has passed, the worst reaction would be to fall even more deeply into feverish consumerism,” Francis added.

The Argentinian-born pope has regularly taken capitalism to task, accusing it of indifference to social inequality and a party to the depletion of the planet’s resources.

He pressed the young business leaders and academics from 115 countries to “give birth to an economic culture” that inspired trust and created resources “that will enlighten minds, warm hearts” and give “all young people, with no one excluded — a vision of the future.”

COVID-19: Pope Calls For Vaccines For The Poor In Easter Message

Pope Francis on Christmas: Share hope, promote peace, give vaccine to all