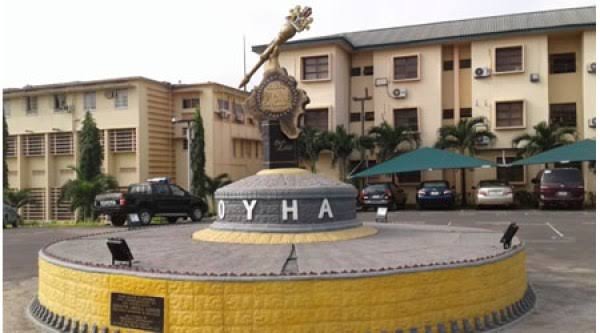 The decision to suspend the local government bosses was taken on Monday after a prolonged meeting by the lawmakers.

According to the legislative arm, the suspended persons were sanctioned for failing to meet the deadline for the submission of a report on the state of earth-moving equipment in their respective councils.

The deadline for submission of the report was October 23, 2020.

Speaker of the House, Adebo Ogundoyin, who presided over the meeting claimed that the affected caretaker chairmen displayed gross incompetence by their failure to produce what he termed a simple report.

He explained that the action of the assembly was in line with the provision of Section 21 of the Local Government Law of the state.

Speaker of the Oyo State House of Assembly, Adebo Ogundoyin, speaks during plenary on March 3, 2020.

“Without prejudice to the provisions of this law and sequel to the petition received by the State House of Assembly and upon investigation, any culpable chairman or vice-chairman shall be recommended for suspension or removal by a resolution of the House.

“It is not a witch-hunt of any chairman. Thirteen caretaker chairmen failed to honour and respect the directive of the House,” Ogundoyin stated.

The lawmaker representing Ibadan South East II, Segun Ademola, had presented the report of the Committee on Local Government and Chieftaincy Matters to the House.

He stated that despite the extension of the deadline by two weeks, the local government and LCDA chairmen failed to submit the report of earth-moving equipment in their domains.

In his reaction, the Deputy Speaker of the House, Muhammad Fadeyi, described the action of the erring chairmen as an insult to the 9th Oyo State House of Assembly, hence they should be suspended indefinitely.