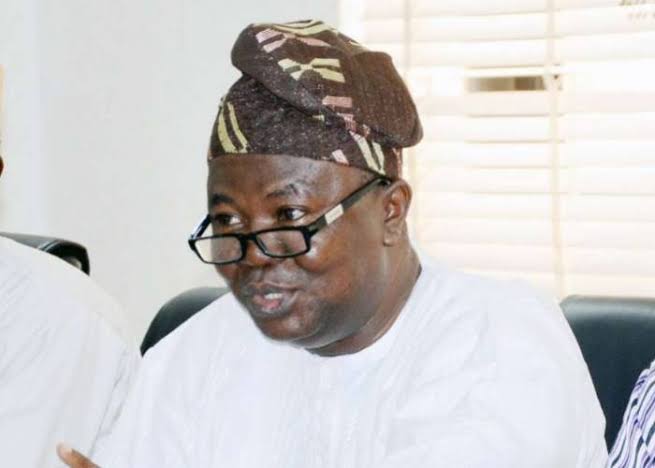 ASUU has been on strike since March and the lecturers say they are not backing down on their demands.

The Wednesday meeting between the federal government and Academic Staff Union of Universities has ended without a resolution.

ASUU in March declared an indefinite strike following the lecturers’ opposition to the federal government’s move to enforce the use of the Integrated Payroll and Personnel Information System (IPPIS).

The strike action is also to compel the federal government to implement the agreements and resolutions reached in the 2009 ASUU-FGN agreement, as well as the 2013 Memorandum of Understanding (MOU) and the 2017 Memorandum of Action (MoU).

In order to resolve the issues that led to the strike, both parties have been holding meetings.

On Wednesday, the Minister of Education, Adamu Adamu and the Executive Secretary of National Universities Commission, Abubakar Rasheed, were absent from the meeting.

Speaking at the end of the meeting, the labour minister, Chris Ngige, said the government cannot pay the N110 billion ASUU is demanding for the revitalization of universities.

“There are three issues, revitalization fund where the government offered ASUU N20 billion as a sign of good faith based on the MoU they entered into in 2013 as a result of the renegotiation they had with the government in 2009,” he said.

Mr Ngige said the government is still committed to the revitalization of public universities.

“ASUU is saying that the N30 billion should be for lecturers alone, irrespective of the fact that there are three other unions. So there is a little problem there. We don’t have any money to offer apart from this N30 billion,” he said

He said a third issue, which he described as the cardinal issue, is the University Transparency and Accountability Solution (UTAS) versus IPPIS.

“Today ASUU submitted their document on UTAS for onward submission to National Information Technology Development Agency (NITDA). As you know last week, the Minister of Communication and Digital Economy had approved that NITDA gets their system (UTAS) and subject it to integrity test. This test should be conducted without fear or favour and as early as possible. So today they have submitted the document for onward transmission to NITDA,” he said.

“One other issue that has arisen is the issue of the transition period. How do you get the Earned Academic Allowances that is due to you or any other entitlement that the government wants to pay you? They want an exemption from IPPIS and the government side headed by the Accountant General of the Federation said that IPPIS is the only government-approved payment platform. So that is where were are for now,” he said.

Mr Ngige said the government team is going back to their principals and ‘’the union will receive via me the irreducible minimum of what the federal government has to offer.”

He said the federal government’s representatives in the conciliation meeting will reconvene on Friday to agree on the government’s final position.

“The government side will meet on Friday and after that, we will communicate ASUU and in communicating them, if there is a need for a meeting, a date will be fixed for it,” he said.

ASUU speaks
In an earlier interview with Premium Times, the ASUU president, Biodun Ogunyemi, said the union had five issues they were engaging the government on.

He said the issues include the revitalization fund based on 2013 negotiation of the 2009 agreement which has dragged for over 3 years, the constitution of visitation panel to all federal universities, payment of arrears of Earned Academic Allowance (EAA), proliferation of universities as well as governance issues in universities.

He said the government only released the 2013 tranche which was N200 billion.

“After that, the government has only given N20 billion. So we are asking them for the balance of N1.1 trillion which we said they should give us the schedule of how they will pay to show an act of commitment, We said they should release half of one tranch which is N110 billion,” he said.

“The government is owing us two tranches of EAA which is N40 billion but the federal government said they will release N30 billion but it will be for all unions in the universities and our members rejected the offer. It cannot be for all categories of staff. We have separate negotiation and if you are saying it is for all categories of staff then you have to pay the total of N40 billion so that is where disagreement came from,” he said.