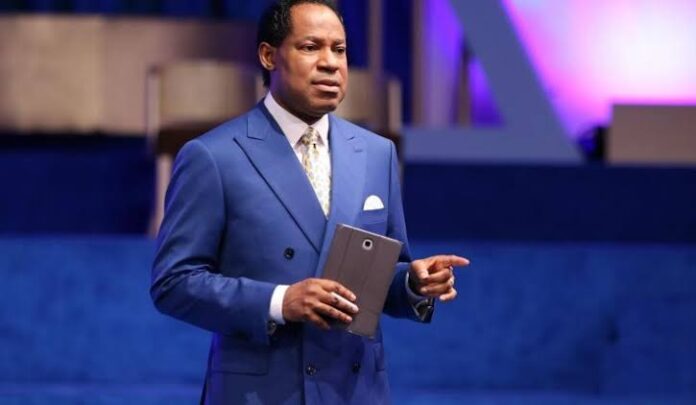 President of LoveWorld Incorporated, aka Christ Embassy, Chris Oyakhilome, has condemned pastors that have refused to reopen their churches over fear of being infected with COVID-19.

The Nigerian Government had in March ordered the closure of churches and other worship centres due to COVID-19 outbreak.
However, President Muhammadu Buhari on June 1 lifted the ban.

Chris Oyakhilome
Some pastors including Tunde Bakare, Prophet TB Joshua and Sam Adeyemi have announced that their churches won’t reopen because it was still not safe to do so.

“This is a great concern because there were churches that were thought to be churches until recently,” Oyakhilome said while addressing his followers.

“We find a lot of ministers who were thought to be advocates of the gospel advocating for shutting down the churches. It is pressure like this that reveals what is a church and what is not. Do they really believe in God, the same God of the patriarchs in the Bible?

“You could be a preacher, but your fear and unbelief have put you in bondage. If Jesus is real and you have Him inside you, shouldn’t you be a healer of diseases? Should you be afraid?.”

Oyakhilome had earlier stirred controversy when he said that Coronavirus was caused by radiation from 5G Internet network and that it was part of the plan of the anti-Christ under a new world order.

His position was met with stiff criticisms especially by the Nigerian Government, who described the claims as baseless.