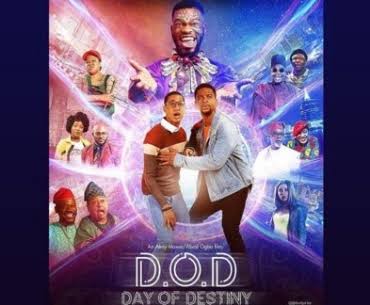 Despite the pandemic bringing activities to major halts in 2020, the year still brought movie lovers a number of great releases from Rattle Snake to Nneka the Pretty Serpent, Omo Ghetto the Saga, Citation and several others.

While the movies are still doing the numbers on the big screens, moviegoers have been ushered into the new year with sci-fi film, Day of Destiny.

The film whose production had long been concluded in 2020 was released in cinemas nationwide on January 1, 2021.

Written and directed by Akay Mason and Abosi Ogba, the movie follows the adventures of two teenage brothers who travel back in time by 20 years to change their family fortune.

Meanwhile, many are anticipating Kemi Adetiba’s king of Boys 2 and a co-production by Kunle Afolayan and Tunde Kelani, titled Ayinla.