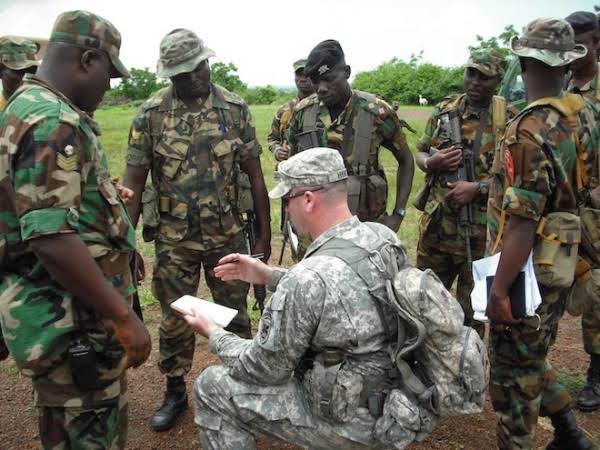 Four terrorists’ gun trucks were destroyed as well as recovery of a large cache of arms and ammunition during the various encounters.

The acting director, Defence Media Operations, Bernard Onyeuko, in a statement on Sunday, said that operation was a subsidiary operation launched under Operation Lafiya Dole to route out remnants of terrorists.

Mr Onyeuko, a brigadier general, said that four terrorists’ gun trucks were destroyed as well as recovery of a large cache of arms and ammunition during the various encounters.

He disclosed that the troops had on October 21 noticed unusual vehicles tailing the convoy of vehicles conveying internally displaced persons from Maiduguri to Baga town in order to infiltrate their position.

According to him, the troops inflicted heavy casualties on them by killing three terrorists and destroying one gun truck.

He added that one anti-aircraft gun, three AK-47 rifles, three shells for making improvised explosive device were also captured, adding that the troops had since dominated the area with aggressive patrols.

He said the troops of Army Super Camp located at Mallam Fatori also routed elements of Boko Haram/ ISWAP terrorists who attacked their location on Saturday.

According to him, after the fierce battle, two terrorists were killed while others escaped with gunshot wounds as traces of blood of dragged casualties by the criminals were seen during exploitation.

He said that the troops of Operation Lafiya Dole are in high spirits and dominating their area of responsibilities with robust fighting patrols.

“The troops are hereby commended for the resilience, doggedness and commitment exhibited during the above encounters. They are equally encouraged not to rest on their oars but build on the successes recorded.

“The entire populace of the North East zone are hereby assured of the determination of the High Command of the Armed Forces of Nigeria to finally rout out the remnants of the BHT/ISWAP criminals from their enclaves,” he said.