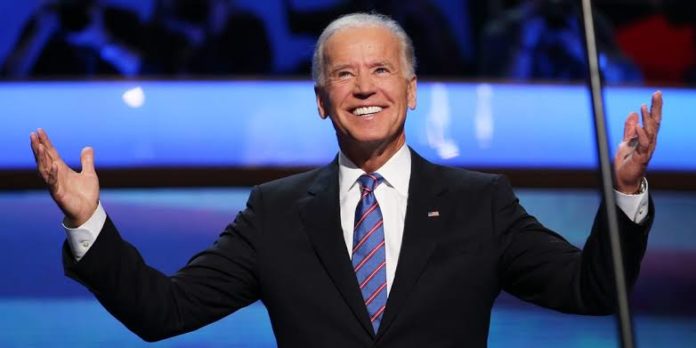 Democratic presidential nominee Joe Biden said on Monday he was considering four Black women to be his running mate, and has been receiving extensive vetting briefings about each potential candidate.

The debate within the Democratic Party over representation on the presidential ticket has sharpened over the past few months, and after more than a month of anti-racist protests around the country, some outside groups have urged Biden to pick a Black woman. The death of George Floyd in Minnesota, Breonna Taylor in Kentucky and others have sparked protests and discussion about systemic racism in the US and police brutality.

“I am not committed to naming any (of the potential candidates), but the people I’ve considered, and among them there are four Black women,” Former vice president told MSNBC’s Joy Reid on “The ReidOut.”

He said he is getting a “two-hour vetting report” on each of his potential picks, and that he and his team have gone through “about four candidates” so far. “Then, when I get all the vetting done of all the candidates, I’m going to narrow the list, and then we’ll see. And then I’m going to have personal discussions with each of the candidates who are left and make a decision,” Biden said.
Biden is considering various candidates to be his running mate, after pledging earlier this year to pick a woman for the job. CNN previously reported that Sen. Kamala Harris of California, Rep. Val Demings of Florida, Atlanta Mayor Keisha Lance Bottoms, former Obama administration national security adviser Susan Rice and Rep. Karen Bass of California are among the Black women being considered.

Biden has said he plans to announce his vice presidential choice in early August, before the Democratic National Convention, which is set to take place August 17-20.
Countless factors will go into Biden’s choice, but he has said he is looking for someone who is ready to be president at a “moment’s notice” and someone with whom he is “simpatico” — suggesting his personal relationship with his future partner will be key. He has also said that his vice President does not need to have foreign policy experience because that is his strength, but that almost all the women he is considering for the position have had “some exposure to foreign policy and national defense issues.”

Biden, who went through extensive vetting when he was chosen to be Barack Obama’s vice president and he described the process to MSNBC: “It takes about six weeks and you go into everything. It’s like having a public physical examination.”