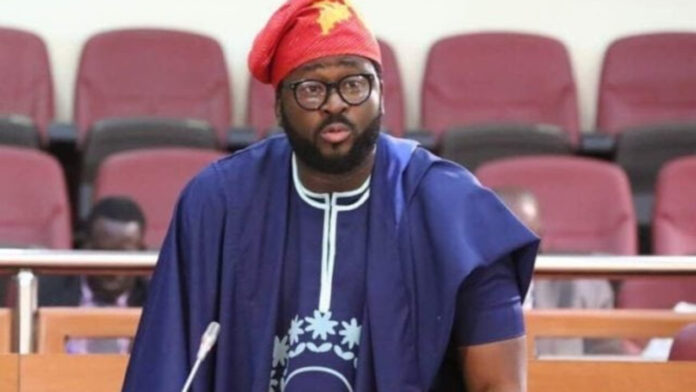 Desmond Elliot is urging social media influencers and celebrities not to promote hate with their platforms.

The member representing Surulere Constituency 1 in the Lagos House of Assembly, Desmond Elliot, has debunked rumours that the lawmakers are working on a bill to regulate social media.

Earlier on Tuesday, Twitter was agog with tweeple claiming the Lagos Assembly is working on a bill to control the use of social media. The end product of the rumoured bill, some of them claimed, was to water down the shooting of #EndSARS protesters in Lekki.

But in a video on his Instagram page on the same day, the 46-year-old actor described the reports as “unfounded.”

“Please, I beg of you, I beg us. I beg everyone. This is not true, it is totally unfounded,” the actor who has featured in more than two hundred films, many television shows and soap operas, explained.

“Aren’t we going through a lot already? It is not true, period. No State House of Assembly, not one, has the jurisdiction to even deliberate or pass any bill like this; it is not possible.”

While explaining that the passage of such bill can only be done at the Federal level, the lawmaker added, however, that “every member (lawmaker) has a right to say something.”

He equally explained that he only called on celebrities and social media influencers not to use their platforms to promote hate particularly now that the country is going through a lot.

“The only thing I said towards social media was to the celebrities, social influencers and motivational speakers,” he stated. “I said, ‘listen, you have followers. Please, can we cut down on the hate narrative?’ Everyone is going through so much right now!”

Protests Against Police Brutality
Protests against police brutality and extrajudicial killings had rocked the country, forcing the Inspector-General of Police (IGP), Mohammed Adamu to scrap the Special Anti-Robbery Squad (SARS).

Despite the disbandment of the loathed arm of the police, the protests gathered steam as demonstrators believed the IGP’s pronouncement was mere rhetorics.

On Tuesday last week, things, however, took another dimension when some armed men believed to be soldiers, opened fire on the demonstrators at the Toll Gate in Lekki, Lagos State.

Human rights organization, Amnesty International, put the death toll from the incident and another one in Ikeja, Lagos at 12. Witnesses claim many died from the shooting with the Lagos State Governor, Babajide Sanwo-Olu confirming that twenty-eight people were wounded. He later said two deaths were recorded.

But the Nigerian Army said it was not responsible for the shooting at the Lekki Toll Gate.

The incident triggered a looting spree and the burning of buildings, shopping malls and others by some irate persons.

‘My Emotions Got The Best Of Me’: Desmond Elliot Apologizes Over Comment On Youths