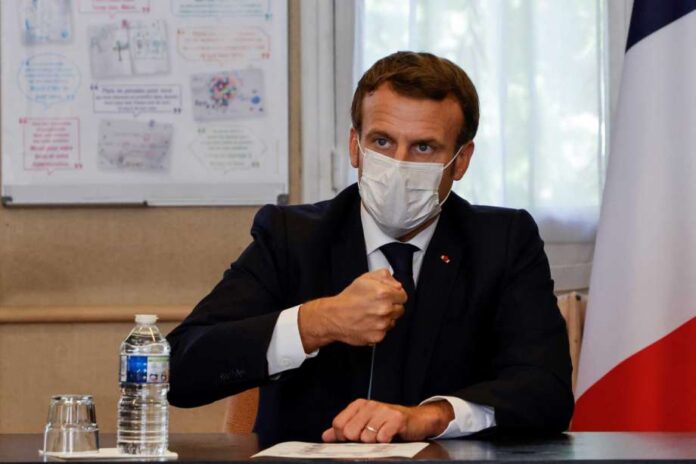 France could announce tougher measures later this week to bring the coronavirus under control after the number of daily cases topped 50,000 for the first time, government sources suggested on Monday.

President Emmanuel Macron will gather his top ministers Tuesday to review efforts to curtail the outbreak, his office said.

Prime minister, Jean Castex, will then hold talks with political chiefs and labour union officials before ministers gather for another meeting with Macron on Wednesday.

The meetings will focus on “the tougher measures under consideration to manage the health crisis,” an official in Castex’s office told AFP, on condition of anonymity.

Macron has also called off a visit to a nuclear power plant in eastern France on Wednesday because of the spiralling number of Covid-19 cases, his office said.

Tighter restrictions announced in several European countries have fuelled speculation that France will also have to clamp down further on an outbreak that is again filling hospitals to the brim.

On October 17, a nighttime curfew came into effect for Paris and several other cities where virus cases are soaring, affecting some 46 million people, and bars nationwide have been ordered to close.

The government has said it wants to avoid another outright lockdown like the one imposed for two months last spring when intensive care units were overwhelmed with coronavirus patients.

Yet the exponential rise in new cases could force authorities to take more drastic action to ensure social distancing, the head of the government’s medical advisory panel said Monday.

“We knew that we would have this second wave, but we are surprised at the severity of what we’ve seen over the past 10 days,” Jean-Francois Delfraissy told RTL radio.

He said there were two options for getting the new outbreak under control — make the curfew come into effect before the current time of 9:00 pm and extend its reach, or else impose a lockdown but allow schools to remain open.

“This second wave will probably be worse than the first one,” Delfraissy said, adding that “many of our fellow citizens don’t yet realise what’s coming.”

On Sunday, the national health agency said 17 per cent of people being tested for the virus are now positive, up from 4.5 per cent in early September.