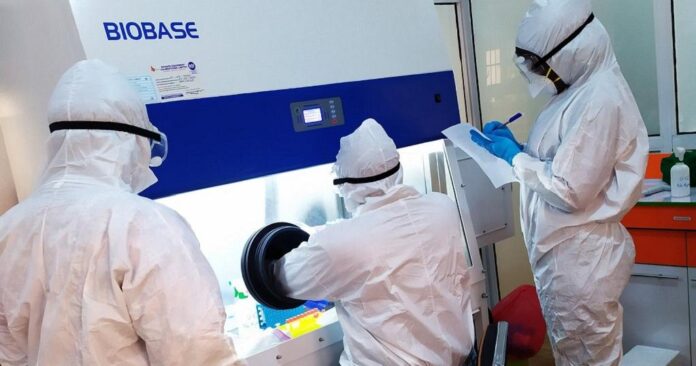 Amidst a new wave of Covid-19 pandemic, about 79 persons have died of Lassa fever in Ondo State.

The fatality record was computed by the National Centre for Disease Control for 49 weeks, ending on the 6th of December 2020.

The figure surpassed that of the Covid-19 fatality record in the state for the same period, which is still 41.

Ondo and Edo States are the epicenters of Lassa fever in the country.

Both states account for 68 percent of the confirmed cases in the country.

While Ondo has 36 percent, Edo accounts for 32 percent of the total confirmed cases in Nigeria.

The virus is said to be largely vectored by a specie of rats, and had been prevalent in mostly rural and dirty environments of the states.

Ondo State, according to NCDC has a total of 412 confirmed cases, with 16 persons still hospitalised.

The cumulative national figure is 1158 confirmed cases, while 240 persons have dies so far.

NCDC reports that in week 49, the number of new confirmed cases decreased from 6 in week 48 to 4 cases in 2020 and cases were reported from Ondo and Bauchi.

A total of 27 states have recorded at least one confirmed case across 130 local government areas.

As Lassa fever prone states approach another season of the epidemic, the Ondo State government has begun a series of sensitisation across the state.

The Ondo State acting Commissioner for Health, Jibayo Adeyeye, led a road walk sensitisation in Owo, in Ondo North senatorial district on the eradication of the disease.

Mr Adeyeye stated that despite the fatalities and scare caused by the dreaded COVID-19 pandemic, Lassa fever in 2020 killed more people in Ondo State than covid-19 did.

“According to records, 18 percent fatalities were recorded from the total reported cases of Lassa fever in the state when compared to the less than 1 percent of COVID-19 related deaths in the state,” he said.

“All the confirmed cases of the disease in Nigeria, 75 percent are from three states with Ondo State topping the chart with 36 percent.

“We are in an unfortunate situation of COVID-19 all over the world. It has killed 41 people in Ondo State from January till now.

“It has been with us for a long time. It is when the dry season starts that we experience the issue of Lassa fever.

“Ondo State is one of the states in Nigeria, where the disease is rampant. This is a serious situation that must not be taken lightly. We are determined about this disease, so we want to eradicate it.”

He called on the citizens to adopt the measures and directives on the control of the disease.”