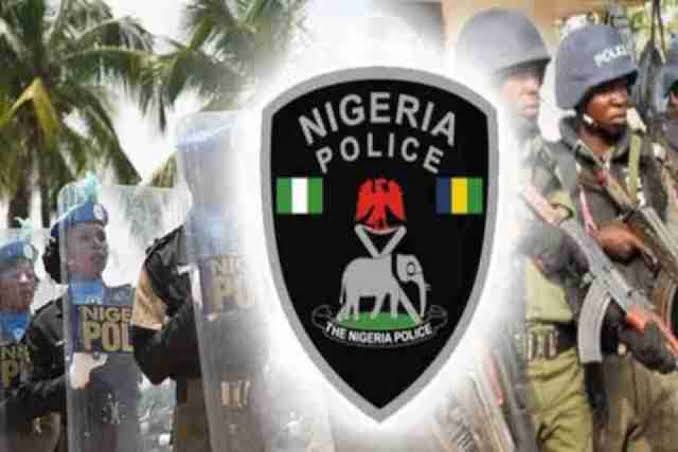 “As long as the power remains subjective to each police officer, more laws will never solve the problem.”

The activities of the police in Nigeria permeates many households, cities and towns of the country, with several tales of woes being told by many individuals and family, having suffered the abuse of powers and brutality by the police.

Recently, many states of Nigeria were held at a standstill during an intensive campaign held against police brutality, extrajudicial killings, unlawful detentions, extortion and harassment by officers of the Nigerian police.

Tagged the #EndSARS campaign, protests were held in major cities of Nigeria, calling for an end to a controversial police unit, the Special Anti-Robbery Squad (SARS), and an end to the brutality and extrajudicial killings of Nigerians by the police who are meant to protect them.

Although the police have tried to create a distinction between professional officers and the “bad eggs” within the force who are causing much havoc and abuse of fundamental human rights, the activities of the latter outweigh those of the former.

As part of the efforts to investigate cases of police abuse and brutality in different states, the government set up the Judicial panel of Inquiry on restitution for victims of police abuse.

Since the commencement of the panels, it has been unending tales of abuse of powers, infringement of fundamental human rights, extrajudicial killing, unlawful arrest, detention and torture, among others by officers of the Nigerian police.

While citizens keep yearning for a better policing in Nigeria, amidst civil societies’ calls for a new police act, the media has taken a deep look into the powers of the Nigerian police as provided by the new Police Act 2020 (Harmonised Police Reform Bill 2020).

While many stakeholders view the enactment of the Police Act 2020 as timely, as it came into law during a period of increased police brutality, the new act is not without limits.

The Police Act 2020
The Nigeria Police Act, (2020) came into force on September 16, it was signed by Nigeria’s President Muhamadu Buhari and repeals Police Act of 2004.

The general objective of the new Act is to provide an effective police service that is based on the principles of accountability and transparency, protection of human rights, and partnership with other security agencies.

Before the enactment of the act, many civil societies and non-governmental governmental organisations assiduously pushed for its passing through the harmonized police bill. This was with the view of creating better police built on respect for human rights, accountability, and professionalism in its operations.

Is the Nigerian Police Act (2020) an answer to the problems of impunity within the Nigerian police force? Does it proffer solutions to the constant yearnings of the citizens? Does it create room for the protection of human rights?

An understanding of the nuances of the act and the powers given to the police will help to unravel these questions.

Things You Should Know About the Police Act
While the old Police Act had 11 parts and 69 sections, the Nigerian Police Act (2020) has 17 parts and 145 sections; with 76 new sections.

The new Act has the objective of providing for a police force that is more responsive to the needs of the public and has its operations entrenched in the values of fairness, justice, equity, accountability, co-operating and partnering with the communities it serves; and also to uphold the fundamental rights of citizens.

While one might be quick to assume that much has changed in the act, Emmanuel Ikule, the National Coordinator of the Network for Police Reform in Nigeria (NOPRIN) said nothing “remarkably” has changed.

Section 4, Part 11 of the new act gives wide powers to the Nigerian police, while section 38 of the Act gives powers to arrest without warrants, powers to arrest suspects on reasonable grounds of suspicion, among others.

Commenting on the wide powers given the police, Mr Ikule said: “the officers of the Nigerian police have more often than not used the wide powers bequeathed under section 4 of the police as succour and an easement for trampling on the rights of common men.”

“The defence to all claims of breach of human rights is usually answered with “section 4” which gives wide powers,” he said.

Mr Ikule added that Section 38 providing for police officers to arrest without a warrant; “effectively ends the right to be assumed innocent; one of the founding principles of the 1999 constitution”.

He added that the powers to arrest without a warrant are wide and remain the root cause for many unlawful arrests and detention made by the Nigerian police.

Section 38(1)(a) of the Police Act 2020 provides that “a police officer may without an order of court and without warrant arrest a suspect whom he suspects on reasonable grounds of having committed an offence.”

Although the Act in section 54 clarifies that reasonable grounds shall not include; personal attributes such as a person’s dressing, colour, age or hairstyle and stereotypes images of certain persons being likely to commit offences, an expert said this power is bound to be abused by the police.

“Considering the very nature of some Police officers to abuse their powers, it is not very unreasonable to complain that the powers are too wide and subjective, but we also have to reasonably understand that these wide subjective powers are necessary to prevent crime and keep everyone safe,” he said.

What is New?
Okechukwu Nwanguma, the Executive Director of the Rule of Law Advocacy and Accountability Centre (RULAAC), said the new Police Act is different from the old act because it seeks to modernize the police.

He said a four-year secured term for the Inspector General of Police which the act provides helps visioning and planning for the police through the office IGP, as against the old tradition of IGP being removed abruptly by the president thereby serving in fear of not knowing when their tenure will be terminated.

“Another important and innovative provision is the detailed procedural safeguards for the exercise of Police powers with regards to search and arrest. Exercise of powers of the police for search and arrest under the former act was left at the discretion of Police Officers. The exercise of such wide powers was not regulated and left room for abuse. The new Act provides detailed procedural safeguards,” he said.

Mr Nwanguma added that training for police officers is mandated under the new Act to enhance their operational and professional efficiency and it is very laudable. This, he said is in addition to a funding framework for the police.

Mr Ikule said provisions of the act to ensure transparency of the activities of the police is laudable as section 69 provides that the police authority on the last working day of every month, report to the nearest magistrate the case of all suspects arrested without a warrant, within the limits of their respective station.

“A novel inclusion here (in the act) is the responsibility of the police to collaborate with other agencies to take necessary action and provide the required assistance or support ton persons in distress, including victims of road accidents, fire disasters, earthquakes and floods.”

Mr Ikule added that the clear provision that the police should not arrest persons for civil wrongs and breach of contracts is very laudable.

Both experts said the new Act incorporates a lot of provisions from the Administration of Criminal Justice Act (ACJA) and harmonizes the criminal justice procedures in ACJA and the Police Act.

The Nigerian Police Act (2020) prohibits arrest in lieu, mandates the police to inform the suspect the reason for arrest, inform family members of a suspect’s arrest and allow a suspect gives a statement if he chooses to, in the presence of a witness.

Advocates for a better policing in Nigeria call for an adequate implementation of the Act, to achieve its intended purpose of ensuring co-operation and partnership between the Police and host communities in maintaining peace, protecting liberties, lives, and properties.

Despite the laudable provisions of the Act in protection and preservation of human rights, reports of police brutality have not reduced in Nigeria, with gory cases being unveiled with the recent #EndSARS protects.

Mr Ikule said the powers bequeathed to the police both under the old and new Act remains very wide and subjective.

“As long as the power remains subjective to each police officer, more laws will never solve the problem. If we must see an era where the police do not torture suspects in detention, are not trigger happy, or power-drunk, we must attack their minds and that begins with the training these officers undergo and I dare say, giving new police officers exemplary superior officers and rooting out the bad eggs which give the force the bad name,” he said.