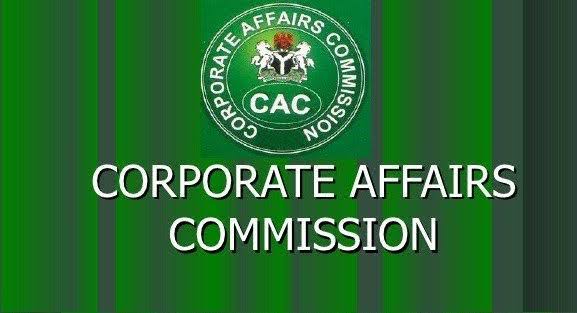 In a couple of tweets on Tuesday evening, the CAC announced the deregistration of EiE with immediate effect stating that the name is deceptive.

The Corporate Affairs Commission (CAC), responsible for the incorporation of organisations and businesses in Nigeria, has announced the cancellation of the registration of Enough is Enough, a business organisation linked to one of the leaders of the #EndSARS protest.

“Further to cancellation of the Business Name registration “Enough is Enough BN 2210728”, the Corporate Affairs Commission wishes to inform the public that the proprietors of the cancelled Business name are:
OPAYEMI ADAMOLEKUN and BISOLA EDUN,” the CAC wrote Wednesday afternoon.

“The name was cancelled based on the provisions of section 579 (2) of the Companies and Allied Matters Act (CAMA).”

Ms Adamolekun, an activist, is the head of a non-governmental organisation, EiE, and is believed to be, alongside the NGO, the main target of the CAC.

The EiE, also called Enough is Enough Nigeria, began operations in January 2011 but was formally registered in July 2012.

The organisation has advocated against human rights violations in the past and actively participated in the #EndSARS protest against police brutality and the excesses of its Special Anti-Robbery Squad (SARS).

The CAC first announced its decision on Tuesday.

In a couple of tweets on Tuesday evening, the CAC announced the de-registration of the business, with immediate effect, stating that the name is deceptive.

“Based on the provisions of Section 579 (2) of the Companies and Allied Matters Act, (CAMA), the Corporate Affairs Commission has cancelled the registration of the Business name “Enough is Enough BN 2210728” with immediate effect.”

The above section provides, amongst others, that the commission has the power to cancel the registration of a Business Name where the name is “deceptive or objectionable.”

According to the government agency, EiE was registered in 2012 to engage in General Contracts, Sales of Sport Equipment/Promotion but has “deviated from its main objectives over the course of time.”

“Consequently, the Commission has removed it from its database and advised the proprietors to surrender the certificate earlier issued to them,” the statement read.

The media confirmed that the CAC has expunged the name of the business organisation from its website, as of Tuesday evening.

The CAC, however, showed no evidence that the Enough is Enough business deviated from its registration purpose.

Separate registration
Checks by the media show that the deregistered business was registered separately from the EiE.

The EiE clarified its status in a tweet. The human rights organisation said it was registered as “The EiE Project Ltd/Gte” with RC 1047750 as against what was circulated by CAC.

“A big thank you to those who have reached out & spoken up for us!” the organisation wrote on Twitter, attaching its certificate.

Discrepancies
Although the CAC has before now notified the public about organisations with erroneous registration, this is the first time it is sharing the details across its social media platforms.

Also, the Personal Assistant to President Muhammadu Buhari on new media, Bashir Ahmad, tweeted about the de-registration, suggesting it was something supported or being monitored by the presidency.

“The CAC Nigeria has cancelled the registration of the Business Name ‘Enough is Enough’ with immediate effect. The EiE which was registered in 2012 to engage in General Contracts, Sales of Sport Equipment deviated from its main objectives over the cause of time, the CAC tweeted,” Mr Ahmad on Twitter.

However, checks revealed that the commission may have used a repealed law to deregister the organisation.

When the media contacted Laraba Shuaibu, the spokesperson of the CAC, for clarification, she said she is not aware of the de-registration of any company.

“I’m not aware of it,” she said via telephone.

Clampdown?
The de-registration comes at a time the federal government has taken repressive actions against protesters and promoters of the #EndSARS campaign.

Recently, the passport of a lawyer, Modupe Odele, was seized by the Nigeria Immigration Service (NIS), preventing her from travelling abroad. It was returned days after the service said it has concluded its investigations.

Also, the Central Bank of Nigeria (CBN) obtained an ex parte order to freeze the accounts of 20 individuals and an organisation linked to the #EndSARS campaign.

According to details of the order obtained by PREMIUM TIMES, the request, filed by the apex bank on October 20, was granted by Ahmed Mohammed, a judge.

Gatefield Nigeria Limited, owners of Gatefield, an advocacy group that supported the media coverage of the protest by providing funds to journalists, had its Access Bank account frozen.

In addition, several persons have been illegally detained by the police in Lagos, Osun and the FCT without trial. These actions have, however, been largely condemned by activists and legal experts across the country.