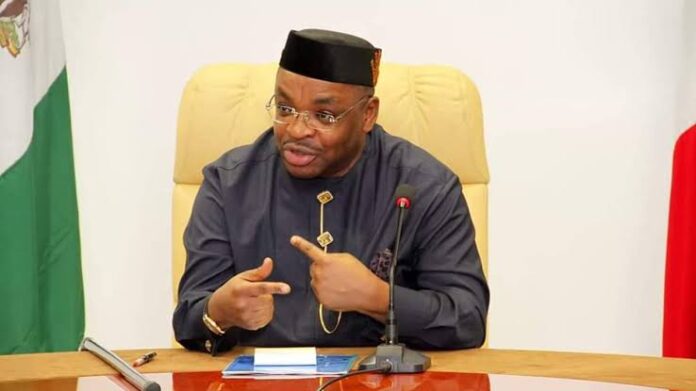 The 11-year-old boy said to have been sexually abused at the Deeper Life High School, Uyo, Akwa Ibom State, has been moved to the Sexual Assault Referral Center in the state for further medical investigation, the Akwa Ibom State Government said on Wednesday. The state government also transferred investigation of the incident to the police.

The Commissioner for Information in the state, Ini Ememobong, who disclosed this in a statement, said the government is committed to unraveling the truth in the sexual abuse allegation and would “prosecute anybody found culpable of any wrongdoing.”

Mr Ememobong said the victim’s parents and other interested parties gave their consent for the boy to be taken to the referral centre which is at the Immanuel General Hospital, Eket.

The media earlier reported that the medical report from a private medical facility, St. Athanasius Hospital, in Uyo, on the victim did not state if he was sexually abused or not.

Mr Ememobong said the commissioner for education, who has been investigating the sexual abuse allegation on behalf of the Akwa Ibom government, has been advised by the attorney general of the state to hands off the case for the police to investigate it, especially since the police were already on the case too.

Mr Ememobong said, apart from the police, other organisations like the United Nations Special Rapporteur on Human Trafficking, Mirabelle Center, FIDA Akwa Ibom, Sexual and Gender-based Violence Response Unit of the Ministry of Justice, Akwa Ibom State, were interested in the case.

Dashed expectation
There had been much expectation from the public that the Akwa Ibom government was going to release a report of their investigation soon, after the Commissioner for Education, Enobong Mbobo said on Monday she has submitted her report and that the state government would make a statement soon.

The authorities of the Deeper Life High School told the public on Tuesday to be on the lookout for a report of the investigation which would be released by the Akwa Ibom State Government.

The Akwa Ibom government in the Wednesday press statement appealed to the public to be patient “for a thorough investigation to be carried out by the Police and other relevant institutions on the matter.”

“The State Government will upon receipt of the reports take necessary actions thereto,” the statement added.

Interestingly, the police in Akwa Ibom said it was the state government that is investigating the case.

“The state government is investigating,” the police spokesperson in Akwa Ibom, Odiko MacDon, told the media, Wednesday evening, before the government statement was made public.

“Preliminary information on our disposal is that report concerning that will be released very soon (by the state government),” Mr MacDon said.

Mr MacDon said when the state government report is out, the police would study it to assess if there is any “criminal culpability.”

The police spokesperson, nevertheless, said the Criminal Investigation Department of the police is investigating the allegation at the Deeper Life High School.

The police in Uyo began interrogating the parties involved in the allegation, but adjourned it because of the holidays, the media learnt.

Allegations
The victim’s mother, Deborah Okezie, said some senior students of the Deeper Life High School sexually abused her son when the school authorities switched him from his dormitory to another dormitory filled with senior students.

“They will remove his boxer and push their legs and hands into his anus,” Mrs Okezie said in a video which has gone viral on Facebook and Twitter.

“Look at a child I sent to school, he came back with a broken anus,” she added.

Mrs Okezie said her son was frequently starved and beaten up by the senior students.

The Deeper Life High School is owned by a Pentecostal church, The Deeper Christian Life Ministry.

The school trended on Twitter on Monday, with several Nigerians calling on William Kumuyi, a pastor and founder of The Deeper Christian Life Ministry, to ensure that the victim gets justice.

“We will like to state that Deeper Life High School stands on the core values of integrity and uprightness and will not attempt to cover up any immoral act under any guise,” Thelma Malaka, the school’s education secretary, who spoke through a video uploaded on Twitter, Tuesday, said of the sexual abuse allegation.

“We have unflinching confidence in our God to resolve the issue such that at the end the truth will ultimately prevail,” she said.

The school suspended the principal of its Uyo campus and launched an investigation into the allegation.

But the school said on Tuesday that it is waiting for a release of the report of the Akwa Ibom state government’s investigation into the matter.

Gloria Estefan Reveals She Was Sexually Abused At Age Nine