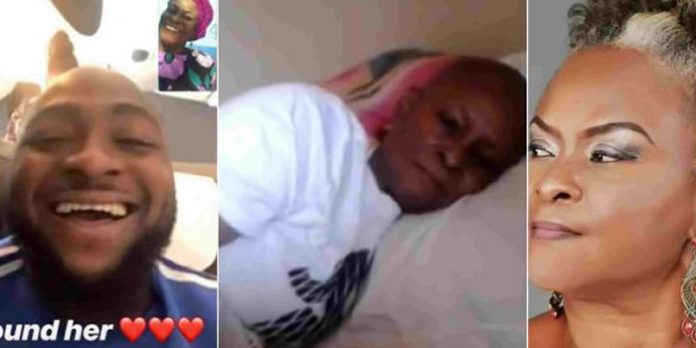 Davido has found Ify Onwuemene, the Nollywood actress reported to be down with cancer.

The pop star posted a video of the bed-ridden woman some few days back and asked for help in locating her so he could help her with her medical bills. After days of what can be regarded as a fruitful search, the singer took to his social media page to announce he has been connected with the woman and they actually had a video communication.

The actress who was most popular for her role in the hit show ‘Everyday People’ has been down with cancer for quite a while and has been soliciting for help.

Reports have it that the cancer has been so severe that the actress has had to have her womb removed and buckets of fluid drained from her tummy.

The person who revealed her identity was actress, Grace Ama, who took to her Instagram to share the video, reveal her identity and then solicit for help.