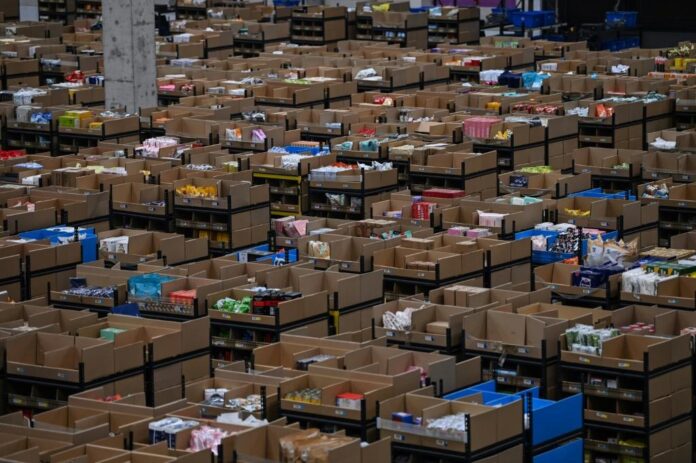 The world’s largest online shopping bonanza began in China Wednesday with an army of workers and robots primed to sort packages, and international superstars hired to drive sales, on “Singles’ Day”.

Conceived as an antidote to Valentine’s Day, the event falls on the eleventh of the eleventh — with all its ones — and was meant to be an occasion for individuals to treat themselves to something new.

It has morphed into something else, however, and November 11 is expected to generate sales far outstripping the pre-Christmas “Black Friday” in the United States.

It will also be closely watched in China for signs of consumer sentiment during the coronavirus pandemic.

The event started in 2009 with apparel sales on e-commerce giant Alibaba’s Tmall platform.

But in a nation of online shoppers, it now rakes in double what US retail giant Amazon does in a month, according to a recent report by consultants Bain & Co.

“Over the past five years, the ‘Double 11’ sales event has grown by an annual 35 percent, generating 410 billion yuan (approximately $60.4 billion) in gross merchandise value for retailers and brands,” the report said.

Reignite domestic demand
At Alibaba’s logistics hub, some 1,000 robots hummed in readiness Tuesday, with an anticipated flood of orders.

In China, where the coronavirus first surfaced, the recovery in retail sales has lagged behind that of industrial sectors, with authorities and retailers trying to reignite domestic demand.

Alibaba — quite literally playing on the numbers — has this year extended “Singles’ Day” from 24 hours to an 11-day shopping campaign.

And in a continued riff to hype the event, superstars such as Katy Perry have been hired to appear at an 11.11 Gala in Shanghai — to be broadcast online.

“Singles’ Day sales stats could be a useful anecdote of rebounding consumption,” said Stephen Innes, chief global market strategist at Axi, in a report this week.

The Economist Intelligence Unit said it expects China’s retail sales recovery to firm up in the last three months of the year — well supported by this shopping festival.

“China’s recovery from the coronavirus pandemic before other major economies will also support consumer confidence,” it said.