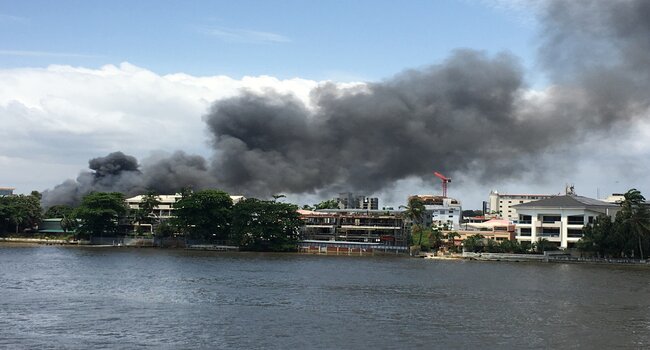 An attempted jailbreak on Thursday was foiled at the Ikoyi Prison in Lagos.

Trouble began following a fire outbreak in one of the blocks of the correctional facility.

It is not clear who lit the fire but the inmates had attempted to cash in on the situation to escape, forcing the security personnel there to shoot into the air.

The situation has however been brought under control after the arrival of the assistant controller of prisons.

This is happening about 48 hours after the prison break in Edo State.

See below tweets containing photos and videos from the attack.