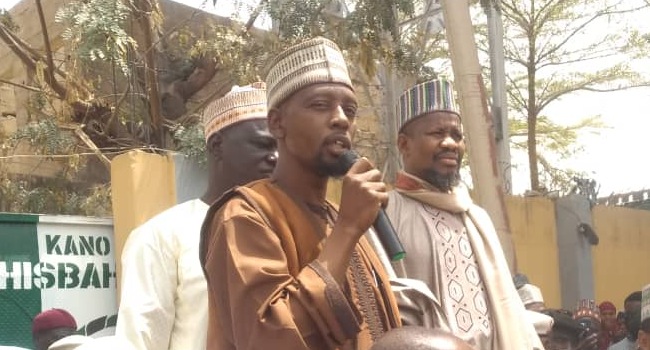 Chairman of Sokoto State Ulama Forum of Izala, Sheikh Abubakar Usman Mabera, has said that any lawyer, who defends a Kano State-based musician, Yahaya Aminu-Sharif, recently convicted for blasphemy by a Sharia court has renounced his Islamic faith.

According to Tribune Newspaper, the Islamic cleric affirmed that a competent Sharia court in Kano had sentenced the musician to death for blasphemy.

He noted that blasphemy in Islam was a capital punishment by death, saying, “As a Muslim, the law applies to the singer.

The cleric, who is also the Chief Imam of Mallam Buhari Dan Shehu Mosque in Sokoto, called on Muslim lawyers to be careful in defending the convict.

According to him, since a competent Sharia court in Kano had established the fact that Aminu-Sharif had insulted the Holy Prophet Muhammad (SAW), he must subject himself to the punishment prescribed by Allah.

The Islamic cleric then called on the people to go back to their creator and seek for His forgiveness, saying, all these calamities bedevilling the country were signs of wrongdoings.

“For all indications, God is not happy with us and we have to repent because He alone is the answer to our woes,” he said.

Recall that Kano State governor, Abdullahi Ganduje, had said if within the stipulated time the convict did not appeal, he would sign his death sentence.

The musician has since appealed the judgment.