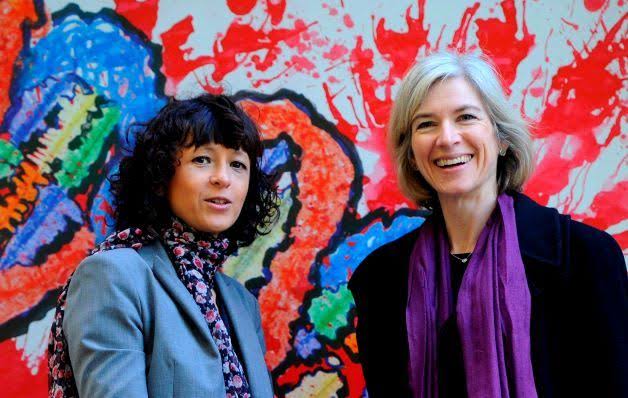 They discovered the technology that helps researchers in changing the DNA of animals, plants and microorganisms with extremely high precision.

French scientist Emmanuelle Charpentier and American biochemist Jennifer Doudna have received the 2020 Nobel Prize for Chemistry for the development of a method for genome editing known as CRISPR.

The recipients were announced in a statement on Wednesday by Royal Swedish Academy of Sciences, the organisers of the Nobel laureates.

“Emmanuelle Charpentier and Jennifer A. Doudna have discovered one of gene technology’s sharpest tools: the CRISPR/Cas9 genetic scissors,” the Royal Swedish Academy of Sciences said in the statement posted on its verified Twitter account.

“This technology has had a revolutionary impact on the life sciences, is contributing to new cancer therapies and may make the dream of curing inherited diseases come true.”

Ms Charpentier, who works at Max Planck Unit for the Science of Pathogens, Berlin, Germany and Ms Doudna from the University of California, Berkeley, USA, both discovered the technology that helps researchers in changing the DNA of animals, plants and microorganisms with extremely high precision.

The chair of the Nobel Committee for Chemistry, Claes Gustafsson, said “there is enormous power in this genetic tool, which affects us all.

“It has not only revolutionised basic science, but also resulted in innovative crops and will lead to ground-breaking new medical treatments.”

The prestigious award comes with a gold medal and cash prize of about $1.1 million courtesy of a bequest left more than a century ago by the prize’s creator, Swedish inventor Alfred Nobel, the Academy said on its website.

The 2020 award ceremony, which began on Monday, is on its third announcement of six prizes that recognise remarkable achievement in some fields of life.