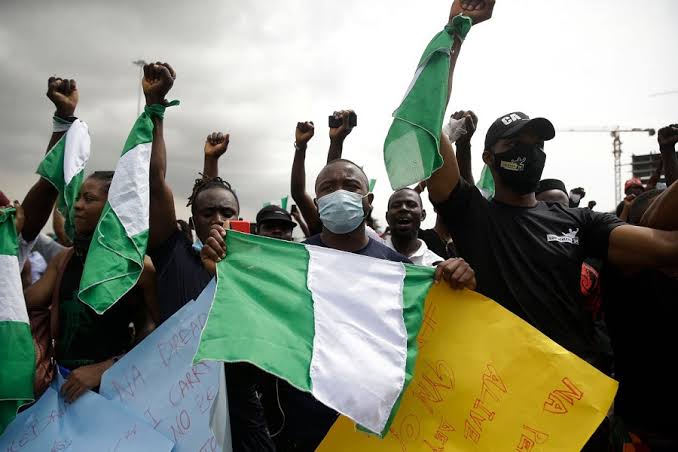 The Nigerian government has blamed the recent #EndSARS protests for the high cost of food in the country in recent months.

The government said the street protests against police brutality in many parts of the country “stalled food transportation and delivery.”

The government said this on Wednesday at its weekly Federal Executive Council meeting.

Its position was made known in a press statement signed by Laolu Akande, the spokesperson to Vice President Yemi Osinbajo.

The government said other factors responsible for the food prices increase include delay in going out to the farm, which translates to delay in harvesting courtesy of COVID-19 pandemic and banditry in the northwest effectively preventing farmers from harvesting fields cultivated.

The government said the EndSARS protests “in some instances destroyed food stores”.

The EndSARS protest started in October by the Nigerian youth who protested against killings and brutality by the police.

The protest subsided after soldiers shot and killed some protesters at Lekki Tollgate in Lagos, leading to riots by hoodlums who looted and razed warehouses in many parts of the country.

Before the protest, there had been a steady rise in the prices of food commodities in the country, the monthly Consumers Price Index released by the National Bureau of Statistics (NBS) showed.

In July, the food inflation figure released by the NBS was 15.48 percent, but later increased to 16.0 percent in August. In September, the figure increased to 16.66 percent, showing a steady rise in food prices in the country.

Food and other sectors of the economy have been badly hit this year by the COVID-19 pandemic.

As Nigerians groan under biting economic problems, the government has recently increased the prices of fuel and electricity.

In its resolution, the government urged states and the federal government to adopt urgent measures including social protection schemes to deal with the situation.