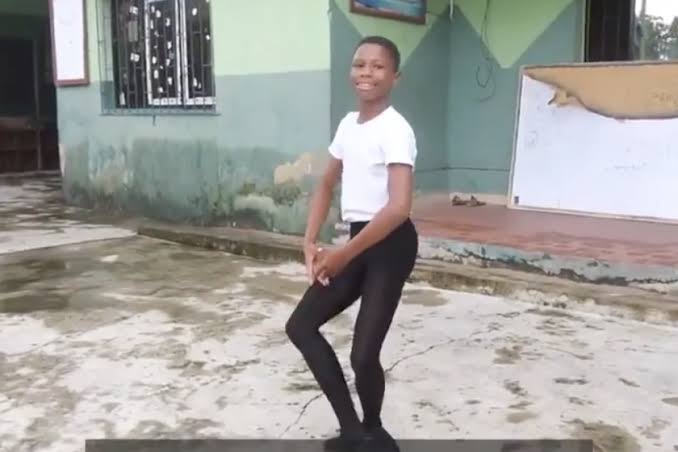 Nigerian 11-yeall lands scholarship after viral video of dancing in the rain, barefoot. Seven weeks after posting a video of Anthony Madu, dancing barefooted in the rain, on the bare floor, it has been seen nearly 310,000 times on Instagram alone. And it’s been re-posted on every social media imaginable, where it has been seen by tens of thousands of other people.

The outpouring from viewers has been effusive. From all over the globe, they’ve cheered on the 11-year-old Nigerian boy. In Russian and Mandarin, in Portuguese and Tamil and English, they have praised his persistence and his passion. Some have even offered to send money or ballet supplies.

In a time where every hour seems to bring more unspeakable political and social crises, here was a kid whose love for dance couldn’t be deterred by the rain. Or by the concrete ground he was dancing on. Or the fact that he was barefoot. “A friend who lives in the UK sent me the video,” says Cynthia Harvey. “Within a day, I was trying to find him.”

Harvey is a former principal dancer with American Ballet Theatre. Today, she is the artistic director of the ABT Jacqueline Kennedy Onassis School of Dance, one of America’s most distinguished ballet schools.

“Here, we’re complaining about not being able to open our buildings,” says Harvey. “But in that video, I saw a boy who was a perfect example of the tenacity someone can have when they have love and a dream. It was immediately obvious how much determination he had.”

Within two days, Harvey managed to contact the boy and his teacher. Soon after, she had arranged for full scholarships so Anthony could attend the ABT virtual Young Dancer Summer Workshop, a three-week intensive program that begins Monday, Aug. 3. At the same time, ABT has included his teacher in its National Training Curriculum, a two-week course intended to help teachers polish their skills.

At the center of all of this is Anthony’s ballet teacher, a self-taught 29-year-old Nigerian man named Daniel Ajala. He studied business administration at Lagos State University and seemed destined for a career in finance until he saw “Save the Last Dance,” a modestly successful movie that featured equal doses of ballet and hip-hop with a smattering of jazz dance.

It was the ballet that caught Ajala’s eyes. So, with the help of YouTube and a trio of supportive ballet teachers stretching from New York to Michigan to California, Ajala learned the basics of ballet.

In late 2017, he opened the Leap of Dance Academy in his own tiny home. Every day, he pushes aside his furniture and turns the space into a dance studio. When he needs more space, he lays sheets of cardboard on a concrete pad outside. That’s where Anthony’s video was shot.

Classes are free at Leap of Dance. The only thing Ajala demands is that students work hard and be serious about their studies. Today, he has just 12 students.
“He feels that it is more important to maintain professional discipline than to have large numbers of students,” says Mary Hubbs, a dance studio owner in Brooklyn, Mich., who has assisted Ajala for two years.
“Where I live, there are no male ballet dancers like me,” young Anthony told a BBC reporter. When he is dancing, he said, “the feeling that comes over me is as if I am dreaming.”

It’s hard to know what the future holds for Anthony. The closest professional ballet company is in Madrid, Spain – 3,300 miles and a continent away. For the moment, though, supporters have secured a laptop for Anthony to use. And ABT has arranged for internet connectivity.

“A child who shows this much dedication, you just have to help,” says ABT’s Harvey. “If there is anything the world has taught us, it’s that we have to inspire all sorts of people and that we all have a lot to learn from one another. Providing opportunities for Daniel and Anthony is the right thing to do.”