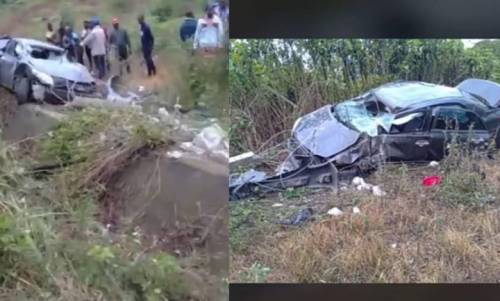 Hundred of youths in Osogbo, Osun State, went on rampage on Tuesday following the death of two boys caused by police operatives.

It was gathered that the boys were involved in an accident after a hot chase by some officers of the Special Anti-Robbery Squad.

Three of them were said to have been rushed to the hospital while two others died on the spot.

The youth made bonfire and brought traffic to a standstill.

The protesters also set ablaze a police patrol van belonging to the Joint Task Force at Alekuwodo area of the city.