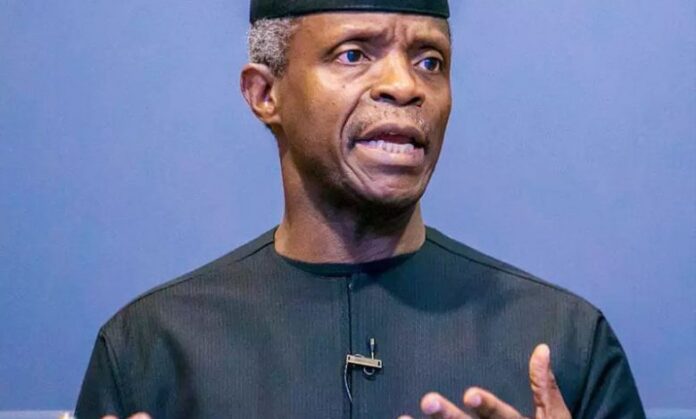 In the manner of Nigeria’s presidential politics, the recent defection of Gov David Umahi from the PDP to the APC is an early indication that the 2023 season is well underway. We shall be seeing more of such high-profile desertions in the months to come. Unlike previous races that were largely driven by ethnicity and religion, three key issues will influence the context and content of the 2023 contest: EndSARS protests and riots; the South East cause (or Igbo presidency) and the Yemi Osinbajo factor.

The protests and the violent riots that erupted in October have revealed the enormous potential and potency of the youths in mobilizing for a cause, and the importance of social media and influencers in getting the young people organized. A smart political party can benefit from these energies if the party connects its platform, message and messaging with the agenda that best interest the youths. Already, social injustice, economic exclusion and deprivation and lack of opportunities rank top among the issues our young ones care most about.

Although Umahi’s defection was not totally unexpected, it brought to the fore the propinquity of Igbo Presidency and the shadow it may cast over 2023. While the PDP seems set to give its presidential ticket back to Atiku Abubakar, APC is looking South, but undecided on which zone to give it to. Already PDP is divided over Atiku’s plan to seek the ticket again. Many of its governors and National Assembly members are against it. It’s not clear if this will force the Party to have a rethink. The APC is facing a different kind of dilemma. The swelling rank of opposition against Tinubu within Lagos APC is worrisome to even senior Presidency insiders. There are fears that a Kwara-like rebellion that overthrew the Saraki hegemony last year could be replicated in Lagos if the Asiwaju insists on having his way. But the old man has a trump card.

I understand that there was an unwritten understanding in 2014 between the CPC and ACN camps of the party to flip the presidential ticket between them. This explains why Babatunde Fashola, the Minister of Works, recently called on the APC leaders not to jettison ‘’the agreement they had at the beginning’’. Other APC chieftains like Baba Bisi Akande who was the interim chairman of the Party at its inception and was central to the formulation of the understanding, have been constantly reminding the President of this pact. It was one of the items broached when Akande recently visited the President with an entourage of South West APC chieftains.

The reader will recall that APC was formed in 2013 from the merger of ACN (led by Tinubu), CPC (led by Buhari himself), ANPP (led by Dr Ogbonnaya Onu who has been Minister of Science & Tech since 2015) and New PDP (led by Rotimi Amaechi). If President Buhari keeps to this agreement (I understand that he has reassured that he would), it means the South East is out of the equation, and that leaves the field wide open to leading contenders like Asiwaju Bola Ahmed Tinubu, Gov Kayode Fayemi, Babatunde Fashola and Vice President Osinbajo. But being Muslims, Tinubu and Fashola will not be attractive candidates.

Between Gov Fayemi and Vice President Osinbajo, the difference in style and approach couldn’t be starker. The Ekiti governor, who is also the Chairman of the Governors’ Forum, has been very bullish about his ambition and has even commenced early preparatory works on it and, with the support of a few governors, he has penciled down Gov Nasir el Rufai as vice presidential pick.

On the other hand, Osinbajo has shown very little or no interest in the race. Although he has a very good working and personal relationships with the 36 governors by virtue of being the chairman of NEC, the Vice President has stayed aloof from the fray; choosing to focus on his work as a dutiful VP and an ardent Buhari loyalist. He’s confided in his staff and close associates that his major preoccupation is to be a successful Vice President, and would not be distraught if nothing else comes his way.

The Vice President has never been politically ambitious. He was not even aware that he was being considered to be Vice President. He was arguing a case at the Supreme Court when he was announced VP late 2014; and right now, he is aware of the enormity of the problems facing the Buhari administration and the nation. He just wants to work till the president finishes strong’’, said an APC governor from one of the South Western states to this writer late November. In addition, the VP is guided by experience. Those who started this race too early in the past had never braced the tape.

Whichever way you dice it, one point seems clear: With the way and manner Professor Osinbajo has carried on with his duties; his competence, personal comportment, professional conduct and loyalty to the party and the President, it is difficult to imagine how his candidacy will not be the one to watch in the build up to 2023. For this, it is safe to guess that his opponents will not give up planning to thwart his emergence. For those who may be hoping and praying that the VP gets serious with positioning himself for the plum job and go for it right away, they have their work cut out for them.

I Hope To Hand Over A Secure, Prosperous Nigeria In 2023 – Buhari