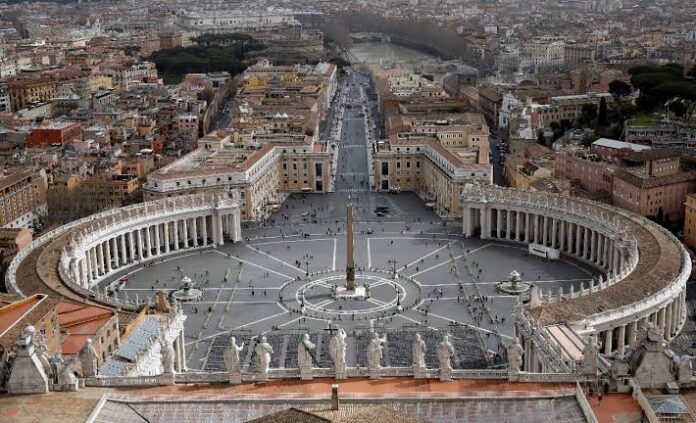 The Vatican has launched an investigation into how Pope Francis’s Instagram account “liked” a raunchy photograph of a Brazilian bikini model with her bottom on display, an official said Friday.

Natalia Garibotto, 27, posed in a white cropped top, suspenders and the smallest of tartan skirts for a naughty school girl picture that was given the thumbs up by the official Franciscus account last week.

“I’m going to heaven,” the blonde model tweeted after an eagle-eyed fan snapped a screenshot of the “like”.

It was removed a day later by the Vatican’s social media team, which tweets or likes on the pontiff’s behalf.

“The issue is currently being investigated in close contact with Instagram,” a Vatican official told AFP, after speculation someone in the social media team could accidentally have liked the picture while logged in as Francis.

Francis has 7.4 million Instagram followers, but does not follow any other profiles and does not appear to have “liked” anything else.