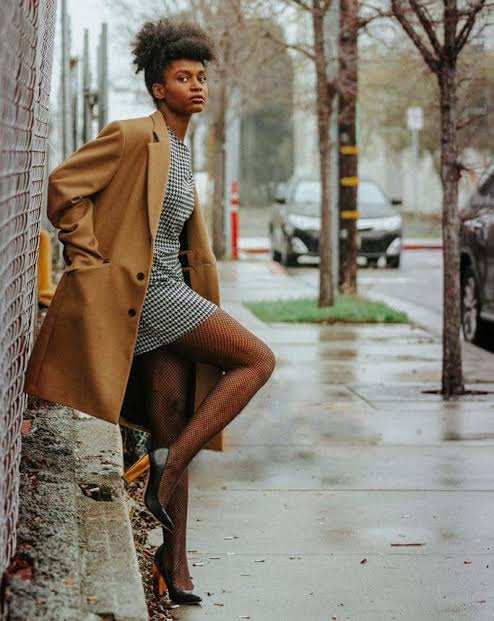 The death of Ohirenua Giwa-Amu, a Nigerian artist based in the United States, has been confirmed by the Union City Police department in an exclusive report obtained by the media.

The 26-year-old was a 2D artist with a Bachelor of Fine Arts in Animation and Interactive Technology from the Savannah College Of Art And Design (SCAD) in Georgia, where she pursued Drawing & Storyboarding Minors.

However, the news of her death surfaced in the Nigerian media space on December 28, with many newspapers citing an announcement from one of her relatives.

Although close relations confirmed her death, none provided the circumstances that led to her death or how she died.

“Circumstances of her death are still under investigation,” a statement credited to her lawyer-father, Obafemi Giwa-Amu, noted.

However, when the media reached out to the police department in Georgia State, they said the investigation was still ongoing as Ms Giwa-Amu was suspected to have committed suicide on December 26, 2020.

The Police said at 02: 25 p.m. on that day, one of its operatives, Officer Fernandez, was dispatched to a call of suicide threats in 34000 11th St. Union City, where the deceased lived.

At approximately 4:00 p.m., an Emergency Medical Technician (EMT) identified as Gomez unlocked and opened the door to her apartment.

“EMT Gomez rushed directly to the body of the Ohirenua Giwa-Amu (DEC) to check vitals. EMT Gomez checked and touched the DEC body and advised there were no signs of life,” police said.

Gloria Cruz, the public records supervisor, added that there did not appear to be signs of a struggle nor was there any sign of foul play.

“While clearing the interior of the apartment, the officers did not find any signs of foul play or a suicide note,” the report read.

Suicide threats
Few hours before her death, Ms Giwa-Amu had threatened to commit suicide if she did not get on her flight back to Lagos, this paper confirmed.

“IF I DONT GET ON MY FLIGHT CHECK MY APARTMENT FOR MY BODY IM NOT STRUGGLING ANYMORE. MY LIFE IS TOO SAD. I HOPE YOU ALL ARE READY FOR THA SHOW WWW :),” she wrote on Instagram.

This paper learned that she had planned to observe the Christmas celebrations with her family in Nigeria, having scheduled her flight for the 20th but could not make it for medical reasons.

The flight was later rescheduled for December 27.

Receipts of chats between her and a close acquaintance identified as Funmi, obtained by PREMIUM TIMES, showed that she was not happy celebrating Christmas outside Lagos and had threatened to kill herself if the second chance failed.

It was also gathered that a few days before her scheduled visit to Nigeria, she rallied some of her friends to get enough funds to take a COVID-19 test, a major prerequisite to travel to Nigeria.

“Funmi pls I’m tired. Send anything anywhere. You have my details. If I don’t get on that plane on Sunday I am going to kill myself or try again. So do whatever you want to. Have a blessed Christmas,” she wrote to her friend on Christmas eve.

Afterward, she was able to pay for the antigen test on December 24 and an appointment for testing slated for 11:00 a.m. on December 26, the eve of her trip to Nigeria.

It was however unclear whether she was able to go for the test or not before she died. This paper also could not ascertain the state of her bookings for the second flight.

Also, Mr Giwa-Amu’s statement did not shed light on this as the father said she had to leave America under a voluntary departure status after her husband divorced her earlier in 2020.

Voluntary departure, also known as voluntary deportation, is opposed to forceful deportation by the government following an illegal immigration status.

Although this paper confirmed that Ms Giwa-Amu was married to Foluso Alofe, a Nigerian-American engineer working in the U.S., and the duo were later separated, the claim of ‘illegal immigrant status’ could not be verified.

In fact, when she solicited financial support through the gofundme, in April 2020, the deceased stated that she already got her permanent residency.

“As of February 14th, 2020, I am now a legal permanent resident of the United States of America. It feels great to say it, even better typing it out. The following month after my green card was approved, I was offered my first (remote) animation contract for a lead social media graphics animation position with Chairish downtown SF, one of the largest online retailers in the world,” she stated, narrating her ordeal with Mr Alofe.

According to her, the support was to raise legal fees and short term funds to keep her home studio open for six more months during the quarantine period, after getting out of an abusive marriage.

Trauma
While the details of the suicide remain sketchy, PREMIUM TIMES found out that she had been psychologically battered owing to abuse, reportedly perpetrated by her father and her estranged husband.

Medical reports provided by the family confirmed that these two contributed to the trauma experienced by the deceased.

For instance, when she visited Joly Chiropractic, a licensed healthcare provider treating neuromuscular disorders such as back and neck pain, on December 7, 2020, she spoke of the abuse.

“She was crying and laying… on the examining table and told me about her past abuse from her father and estranged husband,” the handwritten medical note read.

It was also stated in the notes that she was recently released from John George hospital, a psychiatric clinic in California, and she had been taking her medications.

While requesting financial support in April 2020, she alleged that Mr Alofe abused her to the point of being hospitalised. The duo got married in 2018 and lived together until 2019.

“In September 2019, while still awaiting work authorization, my husband again ‘put his hands on me’ after I got tired of waiting for him to spend time with me while he played video games online with his friends. I attempted to leave the apartment for a night out with my friends and. Again I did not tell the police what he was doing to me, although I confided in at least one of my therapists, several close friends and an uncle.

I had to go to the dentist to see if my gums needed stitching, and they asked me to come back for minor dental surgery after sending me home with antibiotics and painkillers to heal the swelling. My husband had hit me, choked me, kicked me, and put his fist in my mouth to claw at my gums. I was still out of status immigration-wise, and it was unclear to me if I could stay to work in the US if he was arrested before my residency was approved,” she stated.

Renua Giwa-Amu claimed she was choked by her estranged husband
In a follow-up message posted on gofundme, the deceased said she used the money obtained to employ the services of a lawyer to press charges against her husband.

On September 29, 2020, Judge Clay Jason granted a criminal protective order, preventing Mr Alofe from having any contact with her.

He must neither come within 100 yards where Ms Giwa-Amu was nor make electronic or telephonic contact with her, the court ruled.

This paper also learned that the jury trial to hear the case of domestic abuse was scheduled for February 2021. The jury makes a decision or findings of fact, determining whether he has a case to answer or not.

Meanwhile, in September 2020, Ms Giwa-Amu took to her Facebook Timeline to share the experience of sexual abuse allegedly perpetrated by her father.

Ms Giwa-Amu accused her lawyer-dad of repeatedly raping her as a child.

In a post, she accused her father of abusing so many children left under his care, alleging that it got so bad that her friends could not come visiting because they were afraid of what her father might do to them.

She alleged that her father raped her so much as a child that she had a possible prepubescent miscarriage and almost died of sepsis.

“I know that you are a child molester, your numerous victims outnumber you and I remember everything now. All I have to say to you is this: You, your rings of pedophiles, bullies, thieves, hired cronies and family gang can do whatever you like in eternum,” she had written.

“Entire chunks of my memory were once lost and taken from me, entire friendships and interests and hobbies and goals I had just vanished and might still not fully ever come back.

“Instead I carried around such intense feelings of shame, regret and self-loathing disgust that it consumed me most times.

“Good or bad, traumatic or not, those memories of mine that hurt me and triggered me for so long have finally woken me up and reminded me that I promised myself if I survived you, escaped, and somehow found enough sanity to be willing to return home that I would never set foot in Nigeria unless I had publicly acknowledged the fact that you continually raped me as a seven-year-old child until I had a possible prepubescent miscarry and almost died of sepsis. I wasn’t even in Primary 4 yet.”

When the media reached out to Mr Alofe on the allegations via telephone, he hung up on this reporter after the intent of the call was disclosed. The same enquiries were sent via WhatsApp but Mr Alofe, upon the receipt of the messages, blocked our reporter.

Family reacts
Gabriel Giwa-Amu, a grand-uncle to the deceased, said Ms Giwa-Amu’s allegations against her father are untrue.

He said he has the authority of her father to respond to all allegations.

“There is no iota of truth in that allegation. First, she claimed that she was raped at seven years old. She got pregnant at seven and she went for an abortion at seven. That is scientifically impossible,” he said.

“There was no time she was raped. If she was raped, who in the family did she inform? Not even her mother was told.”

Commenting on the plausibility of Ms Giwa-Amu’s allegations, a registered nurse, Otun Oluwadamilola, said prepubescent pregnancy can occur before puberty, usually between 8 and 12 years.

“It is possible she has trauma during the process, sepsis may be related or not related to it. Only a medical examination can confirm the claims,” the nurse added.

Going further, the grand-uncle said Ms Giwa-Amu put up all those allegations to get a stay in America, alleging that she was an illegal immigrant and the date of departure was to prevent deportation.

Meanwhile, when confronted with records obtained that she got a permanent residency in February, which negates the premise previously stated, Mr Giwa-Amu kept mum.

“Please publish whatever you know to be the truth,” he told PREMIUM TIMES.

When probed further if he was privy to any disagreement between the deceased and her father, Mr Giwa-Amu said the only time they had a misunderstanding was when she was using her school fees to do drugs.

“That was the only time they had a disagreement,” he said.

On the burial arrangements, Mr Giwa-Amu refused to disclose if the remains of the deceased had been moved to Lagos for burial or not.