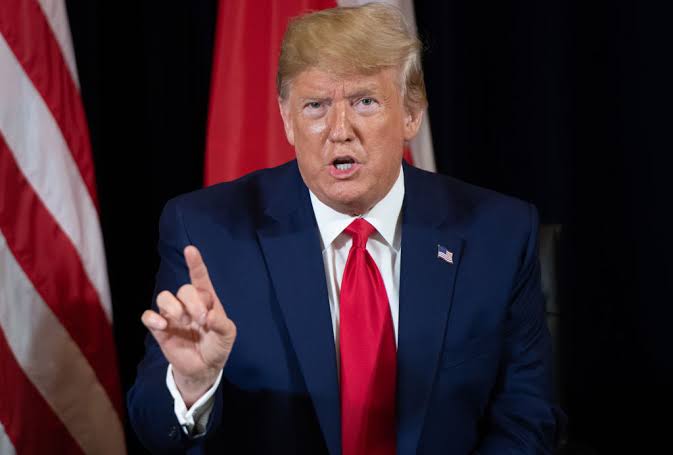 President Donald Trump appeared accidentally to admit his election defeat in a tweet on Sunday morning — before reversing course to claim he won, and once again push unsubstantiated claims of mass fraud in the vote.

Trump has refused to concede the November 3 US election to challenger Joe Biden, and repeatedly said he intends to overturn the result through legal cases.

His aides say he is preparing for a second term in office despite the vote count confirming Biden’s clear victory.

“He won because the Election was Rigged,” Trump tweeted early Sunday.

The phrasing — coming two days after a slip in which he said “time will tell” if he remains president — was immediately seized upon as one more step towards admitting defeat.

But the president soon followed up with a sharp U-turn, tweeting “He only won in the eyes of the FAKE NEWS MEDIA. I concede NOTHING! We have a long way to go.”

Thousands of Trump supporters rallied in Washington on Saturday, backing his claims of fraud, with clashes erupting in the evening with rival protesters.

At least 20 people were arrested, reports said, including four for firearm violations and one for assault on a police officer.

Trump himself made a drive-past of the rally in his armored motorcade, on his way to play golf, smiling through his limousine window to wild cheers and signs saying “Best prez ever” and “Trump 2020: Keep America Great.”

Many of Trump’s tweets over the weekend alleging the election was rigged against him have been tagged by Twitter as containing “disputed” information.

John Bolton, Trump’s former national security advisor, told CNN’s “State of the Union” show on Sunday that “as every day goes by, it’s clearer there isn’t any evidence” of fraud.

On Saturday, at least 10,000 people — few wearing masks — massed in Washington’s Freedom Plaza before marching to the Supreme Court in a raucous atmosphere reminiscent of a Trump campaign rally.

After dark, groups of Trump supporters and counter-protesters clashed on the streets, scuffling and throwing punches.

Trump seemed to be following the evening’s events, accusing the city’s mayor of “not doing her job” and calling on the police to “get going — do your job and don’t hold back.”

The latest vote tallies gave the Democrat Biden a clear win in the state-by-state Electoral College that decides the presidency, with 306 votes against Trump’s 232. Two hundred and seventy votes are required for election