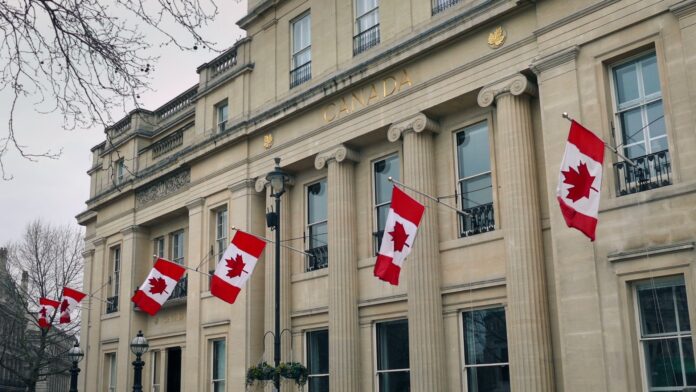 Canada has said it does not directly accept refugee claimants’ application from individuals in their home countries except through authorised third parties.

This is coming on the heels of a report that the country had granted asylum to the popular #EndSARS campaigner, DJ Switch, who livestreamed the Lekki shootings and seems to be now on the run following apparent government’s crackdowns on the demonstrators.

DJ Switch had earlier shared on social media how several threats on her life had triggered her decision to seek asylum in Canada.

In the midst of the clampdown, the Canadian High Commission in Nigeria on Thursday hinted that approval of immigration applications is granted only by the Canadian migration officers after referral from the United Nations Refugee Agency (UNHCR) or other designated organisations.

The country would however only accept these refugee claims at an official port of entry, or inside Canada at the office of Immigration, Refugees and Citizenship Canada (IRCC), it said.

Refugee claims are claims made by persons who are being persecuted in their countries and are seeking protection outside their home country, according to the UNHCR.

“Canada works with the United Nations Refugee Agency, other designated referral organisations and private sponsors to identify individuals in need of resettlement, and who are outside their home country.

“You cannot apply directly for resettlement. You must be referred to Canada by a designated referral organisation or a private sponsor.

“Don’t be fooled by rumours or false information online,” the embassy said on Twitter.

The embassy said the notice was important in light of “great interest in Canadian immigration programs” received lately.

According to the UNHCR, Canada is a hotspot for refugee protection after it ratified the 1951 Convention Relating to the Status of Refugees other human rights instruments that protect refugees.

In 2018, the Immigration and Refugee Board of Canada found Nigeria to have the highest number of pending refugee protection claims (12,138) after Haiti; 6811.

More than 10,000 claims by Nigerian asylum seekers are pending between June and now, according to data by the IRB.