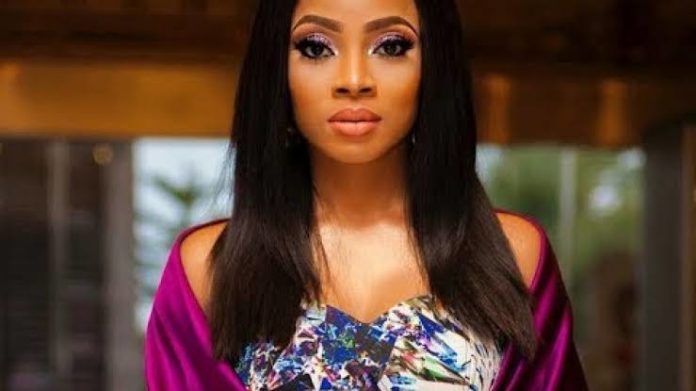 “Toke’s house was given to her by her “sugar daddy”, Lagos-based oil and gas businessman, Dr. Festus Fadeyi, whose total indebtedness to AMCON is over N240 billion.”

About a month ago, Toke Makinwa disclosed that she had purchased her dream house ( Banana Island house), at a young age of 35. Fans were expected something fishy going on with her after she announced she had bought the house.

It has now come to light that she was dating the businessman as a side chick.

Twitter goes off on Toke Makinwa over reports that her Banana Island mansion has been seized by AMCON.

Since the news broke on Twitter, the social media app has been wilding out over the alleged house seizure.