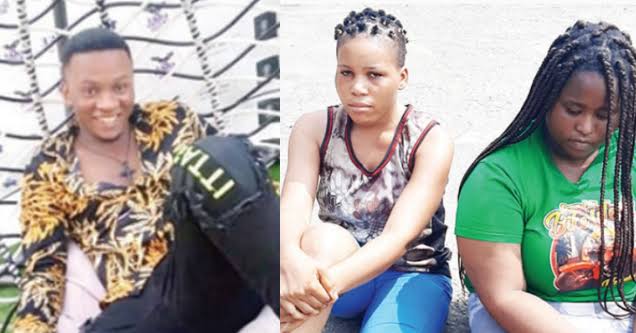 An 18-year-old girl has been arrested in Lagos for allegedly faking her own kidnap to demand ransom from her family, police said Tuesday.

Ujunwa Offiah is accused of conspiring with her boyfriend to stage her abduction, asking her family to pay 30 million naira.

She was arrested along with another alleged accomplice, Precious Chukwu, 22, as the ransom money was being dropped, police said.

“This is a case of conspiracy and staged kidnapping,” state police commissioner Hakeem Odumosu said in a statement.

He said Offiah’s boyfriend, an Uber driver and “the man at the centre of this case”, is still on the run.

“We are going after him because he conspired with one of these two ladies, Offiah, who faked her kidnap.”

Odumosu said that after negotiation, the ransom was reduced to 700,000 naira .

Kidnapping for ransom is common in southern Nigeria where oil workers, prominent Nigerians, including relatives of sports stars, have been abducted in recent years.

The victims are usually released unhurt after ransom payments.

In June, a 17-year-old girl in Ogun state was held for faking her own kidnap to demand ransom from her mother.