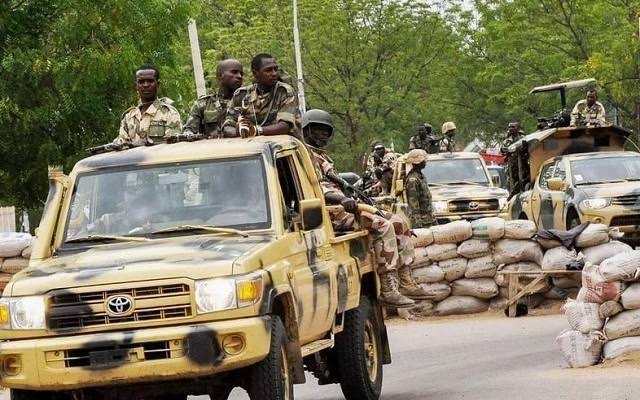 An ambush on Nigerian troops by Boko Haram elements has left six soldiers dead, 26 injured and many others still missing, PREMIUM TIMES can report.

The ambush, according to military officials briefed on the matter, occurred at about 2:30 p.m. Saturday between Jagiran and Monguno, one of the hotspot of the decade-long Boko Haram insurgency in Borno State.

The terrorists also carted away a Toyota bullet-proof Land Cruiser SUV with desert camouflage colour, belonging to the acting commander of the 3rd Armoured Division.

Army authorities fear that the vehicle could be repainted with disguise in order to gain entry into military bases.

To that end, the army has also placed the Nigerian troops in the different locations on red alert, urging them to scuttle further escalation of trouble from the terrorists if they sniff any. The police have also been notified to look out for the SUV across the country, a military source said.

The police were urged to use tact should they spot an SUV approaching their location either with mounted with a gun or not.

A spokesman of the army, Sagir Musa, did not return calls and a text message sent to him Sunday evening.

Meanwhile, last week, the Nigerian Army flagged off a manhunt for the fourth batch of wanted Boko Haram terrorists, during which they co-opted more Civilian Joint Task Force (CJTF) members into the operation.

The Boko Haram war has had a huge impact on human and economic assets in Nigeria with millions of Nigerians displaced, thousands killed and trillions sunk into the war in the past decade.

Civic group, BudgIT, estimated that Nigeria has budgeted over N8.1 trillion on security since 2015.

This year alone, N1.78 trillion was earmarked for security, with N900 billion of that going to the ministry of defence and N75 billion for military operations.

Although the Nigerian government has maintained that it has technically defeated the Boko Haram, the spate of attacks by the terrorists persists despite some successes recorded by Nigerian troops.