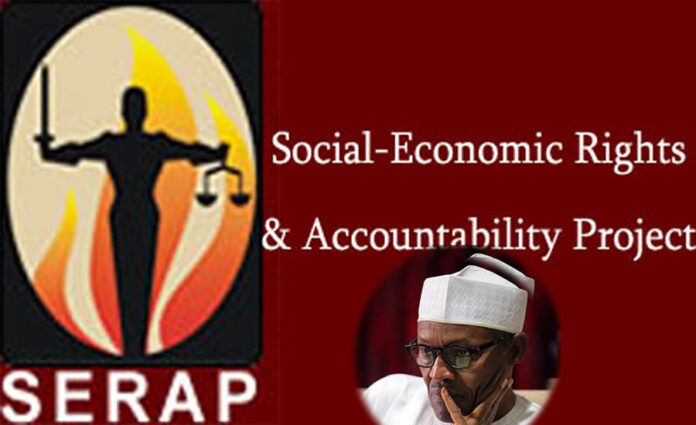 SERAP urged Mrs Bensouda to “push for those suspected to be responsible for these crimes, mostly security officials, soldiers, some politicians and other actors who directly or indirectly have individually and/or collectively contributed to the attacks, deaths, and injuries, and are therefore complicit in the crimes, to be tried by the ICC.”

In the petition dated 21 October 2020 and signed by SERAP deputy director Kolawole Oluwadare, the organization said: “The Nigerian authorities over the years have been unwilling and/or unable to prosecute suspected perpetrators of the killing of protesters, which in turn has promoted a culture of impunity and emboldened authorities, the military, politicians and their accomplices who continue to commit human rights crimes against protesters.”

SERAP said: “The violent attacks on peaceful protesters in Lekki, Alausa, and other parts of the country suggest the lack of political will by the government of President Muhammadu Buhari to respect people’s human rights, including the rights to life, dignity of the human person, freedom of expression, peaceful assembly and association.”

According to SERAP: “The repeated attacks on peaceful protesters suggest the misuse of the military and security agents by the Nigerian authorities and the failure to apply criminal sanctions to suspected perpetrators.”

The petition, read in part: “Without accountability for these serious human rights crimes against peaceful protesters, the victims will continue to be denied access to justice, and impunity of perpetrators will remain widespread and the result will continue to be a vicious cycle of violence against Nigerians.”

“Nigerian authorities, military, and some politicians have failed abysmally to ensure the enjoyment of the rights to life, dignity, freedom of expression, and peaceful protest by the people. These events suggest criminal conduct within the jurisdiction of the ICC.”

“SERAP believes that violence against protesters gives rise to the individual criminal responsibility of those suspected of perpetrating and/or failing to address the problem. as entrenched in the Rome Statute.”

“The incidents of intimidation, harassment attacks, and killings of peaceful protesters also strike at the integrity of the democratic process and seriously undermine President Muhammadu Buhari’s oft-expressed commitment to human rights and the rule of law, and to end impunity of perpetrators.”

“Persistent attacks on peaceful protesters by Nigerian authorities, military, security agents and some politicians seriously undermine the people’s right to participate in their own government, and have resulted in serious human rights crimes within the jurisdiction of the ICC.”

“Ending impunity for attacks on peaceful protesters would improve respect for human rights in the country, and empower the citizens to hold their leaders to account. Unless the citizens are freely allowed to exercise their right to protest, the pervasive culture of impunity will continue to flourish in the country.”

“The government of President Muhammadu Buhari has repeatedly failed to address these grave human rights violations, which amount to crimes against humanity within the jurisdiction of the ICC.”

“Nigeria is a state party to the Rome Statute and deposited its instrument of ratification on 27 September 2001. It is therefore important to promptly investigate allegations of killings and other attacks on peaceful protesters if the ICC is to contribute to preventing escalations in the coming days, months and years.”

“The CCTV monitoring cameras at the Lekki toll gate and street lights were reportedly turned off before soldiers opened fire on peaceful protesters. This suggests a deliberate ploy by the authorities to cover up these crimes against humanity.”

“Nigerian authorities, military, and politicians have failed to understand the seriousness of killings of peaceful protesters, and have been complicit in the commission of these crimes.”

“According to our information, Nigerian authorities, military, and some politicians have used thugs, the police and soldiers to intimidate, harass, attack and shoot at peaceful protesters campaigning against police brutality across several parts of the country including Abuja, Lagos, Edo, Oyo, Osun, Plateau, and Kano states.”

“The protests began on October 8, 2020, calling on the authorities to abolish an abusive police unit called the Special Anti-Robbery Squad (SARS). Just last night, several people taking part in the #EndSARS peaceful protests at the Lekki Toll Gate, and Alausa in Lagos were reportedly shot dead or wounded by soldiers. Several journalists covering the protests have been severely attacked.”

“On October 15, the Nigerian army warned ‘subversive elements and troublemakers’ to desist and offered to ‘support the civil authority in whatever capacity to maintain law and order.’ The Nigerian military has also been complicit in human rights abuses, including the use of lethal force against peaceful protesters.”

“Nigeria has a long history of systematic and widespread attacks on peaceful protesters especially since President Muhammadu Buhari assumed power in May 2015. Nigerian authorities have failed to ensure justice for the killings of protesters. Hundreds of members of the Shia Islamic Movement of Nigeria (IMN) were killed by the Nigerian Army in Zaria, Kaduna State on December 12, 2015.”

“The Rome Statute in article 7 defines “crime against humanity” to include “inhumane acts causing great suffering or injury,” committed in a widespread or systematic manner against a civilian population. The common denominator of crimes against humanity is that they are grave affronts to human security and dignity.”

“The consequences of persistent violence, attacks, and killings of peaceful protesters in Nigeria are similar to those of the offences in article 7(1). Senior government officials, the military, and some politicians know well or ought to know that their failure to prevent these crimes will violate Nigerians’ human rights and dignity.”

“SERAP considers the apparent failure of the government of President Muhammadu Buhari to prevent widespread and systematic attacks on peaceful protesters and the killing of protesters as amounting to complicity under the Rome Statute. SERAP, therefore, believes that the widespread and systemic nature of the problem fits the legal requirements of violence against the Nigerian people and crime against humanity.”

“The national authorities of the Court’s States Parties form the first line of defense in addressing the crime against humanity during protests, as they shoulder the primary responsibility for the investigation and prosecution of perpetrators of the crime. But Nigerian authorities have been unwilling or unable to address the problem of attacks on peaceful protesters, and end the crimes against humanity.”

“SERAP believes that substantial grounds exist to warrant the intervention of the Prosecutor in this case. Under Article 17 of the Rome Statute, the Court is a court of last resort, expected to exercise its jurisdiction only if states themselves are unwilling or unable genuinely to investigate and prosecute international crimes.”

“Also, pursuant to the Rome Statute, the Prosecutor has the power to intervene in a situation under the jurisdiction of the Court if the Security Council or state parties refer a situation or if the information is provided from other sources such as the information SERAP is providing in this case.”

SERAP, therefore, urged the ICC to:

1. Urgently commence an investigation proprio motu on the widespread and systematic problem of attacks on protesters, with a view to determining whether these amount to violence against the Nigerian people and crime against humanity within the Court’s jurisdiction. In this respect, we also urge you to invite representatives of the Nigerian government, the military to provide written or oral testimony at the seat of the Court, so that the Prosecutor is able to conclude since available information whether there is a reasonable basis for an investigation, and to submit a request to the Pre-Trial Chamber for authorization of an investigation;

2. Bring to justice those suspected to be responsible for widespread and systematic attacks on peaceful protesters across the country;

3. Urge the Nigerian government to fulfill its obligations under the Rome Statute to cooperate with the ICC; including complying with your requests to arrest and surrender suspected perpetrators of the widespread and systematic crime of violence against peaceful protesters, testimony, and provide other support to the ICC;

4. Compel the Nigerian authorities to ensure that Nigerians are afforded their right to life, dignity, freedom of expression, peaceful assembly, and association, and ensure reparations to victims, including restitution, compensation, rehabilitation, and a guarantee of non-repetition