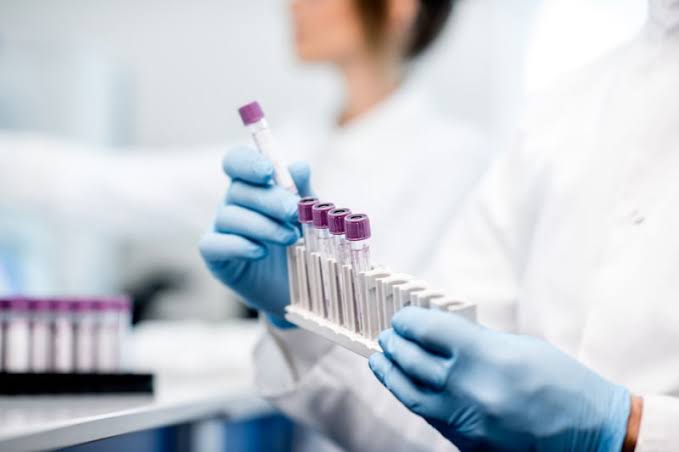 A saliva-based laboratory diagnostic test developed by researchers at the Yale School of Public Health to determine whether someone is infected with the novel coronavirus has been granted an emergency use authorization by the U.S. Food and Drug Administration (FDA).

The method, called Saliva Direct, is being further validated as a test for asymptomatic individuals through a program that tests players and staff from the National Basketball Association (NBA). Saliva Direct is simpler, less expensive, and less invasive than the traditional method for such testing, known as nasopharyngeal (NP) swabbing. Results so far have found that Saliva Direct is highly sensitive and yields similar outcomes as NP swabbing.

With the FDA’s emergency use authorization, the testing method is immediately available to other diagnostic laboratories that want to start using the new test, which can be scaled up quickly for use across the nation — and, perhaps, beyond — in the coming weeks, the researchers said. A key component of Saliva Direct, they note, is that the method has been validated with reagents and instruments from multiple vendors. This flexibility enables continued testing if some vendors encounter supply chain issues, as experienced early in the pandemic.

“This is a huge step forward to make testing more accessible,” said Chantal Vogels, a Yale postdoctoral fellow, who led the laboratory development and validation along with Doug Brackney, an adjunct assistant clinical professor. “This started off as an idea in our lab soon after we found saliva to be a promising sample type of the detection of SARS-CoV-2, and now it has the potential to be used on a large scale to help protect public health. We are delighted to make this contribution to the fight against coronavirus.” The preprint on the development and validation of Saliva Direct was recently posted on medRxiv.

Development of Saliva Direct as a means of rapidly expanding SARS-CoV-2 testing was spearheaded this spring by Nathan Grubaugh and Anne Wyllie, assistant professor and associate research scientist, respectively, at Yale School of Public Health. After finding saliva to be a promising sample type for SARS-CoV-2 detection, they wanted to improve the method further.

“With saliva being quick and easy to collect, we realized it could be a game-changer in COVID-19 diagnostics,” said Wyllie. With testing urgently needed, the Yale team was determined to decrease both testing times and costs, to make testing widely accessible.

“Wide-spread testing is critical for our control efforts. We simplified the test so that it only costs a couple of dollars for reagents, and we expect that labs will only charge about $10 per sample. If cheap alternatives like Saliva Direct can be implemented across the country, we may finally get a handle on this pandemic, even before a vaccine,” said Grubaugh.

One of the team’s goals was to eliminate the expensive saliva collection tubes that other companies use to preserve the virus for detection. In a separate study led by Wyllie and the team at the Yale School of Public Health, and recently published on medRxiv, they found that SARS-CoV-2 is stable in saliva for prolonged periods at warm temperatures, and that preservatives or specialized tubes are not necessary for collection of saliva.

The Jackson Laboratory for Genomic Medicine in Farmington, Connecticut, will partner with Yale to explore how to implement the test for a broader audience. The laboratory already analyzes patient samples for an RNA signature unique to that of SARS-CoV-2, the virus that causes COVID-19.

“We must continue to invent and implement new ways to conduct SARS-CoV-2 testing faster, more economically and with greater accessibility, while maintaining acceptable test accuracy,” said Charles Lee, the laboratory’s director. “This method is an important next step toward this goal.”

Grubaugh and Wyllie said that they are not seeking to commercialize the method. Rather, they want the simplified testing method to help those most in need. Testing for SARS-CoV-2 has been a major stumbling block in the fight against the pandemic, with long delays and shortages of testing. Some experts have said that up to 4 million tests are needed per day; Saliva Direct provides one pathway toward that goal, the researchers said.

“Using Saliva Direct, our lab can double our testing capacity,” said Professor Chen Liu, chair of Yale Pathology, who oversaw the clinical validation of the study.

“Dr. Liu and Yale Pathology Laboratory were instrumental in our application. We look forward to continuing to partner with them,” said Grubaugh.

Liu will start offering Saliva Direct as a testing option in their CLIA-certified clinical laboratory in the coming days.

The related research was funded by the NBA, National Basketball Players Association, and a Fast Grant from the Emergent Ventures at the Mercatus Center, George Mason University.