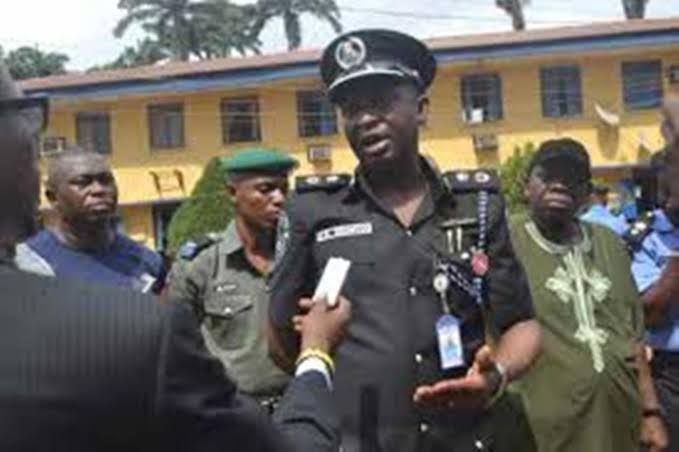 After collecting N38,000 as bail bond of a suspect in the custody of the Nigerian Police, the officers at the heart of the extortion returned the money after it became clear that they could not facilitate the release.

The unusual gesture from the officers at the Alagbon Police Station, Ikoyi, came as members of Nigeria’s security agencies continue to come under scrutiny in the wake of the #EndSARS protests that swept across several cities in Nigeria.

More than 20 police officers died and properties worth billions of naira were destroyed as young Nigerians took to the streets to protest brutality and extortion by the police.

Bribe for bail
In December, officials of the Standards Organisation of Nigeria and police officers from Alagbon Division sealed a building at the Trade Fair Market in Lagos for allegedly adulterating lubricants.

The officials also arrested several oil traders in the market, including Bright Ogbuagu, who was accused of engaging in the adulteration business.

But those close to Mr Ogbuagu insist he works as a task force official at the Trade Fair Complex where his job was to issue tickets and collect money from buses bringing goods into the market.

Benneth Ogbuagu, a brother to the suspect, said all pleas to the officials that Mr Ogbuagu was not an oil merchant fell on deaf ears, and they took him away.

“My brother is a task force, his major duty is to issue people tickets when they bring loads into the market and collect money,” Mr Ogbuagu told PREMIUM TIMES.

Christmas eve
On Christmas eve, Mr Ogbuagu said he went to the police station at Alagbon to seek his brother’s release and police) demanded money.

Mr Ogbuagu said he got to the station the following day with the balance and was filling out the bail form for his brother when a police inspector, Saka Ajibade, approached him.

Mr Ajibade told him his brother could no longer be released. He returned the money he gave them the previous day.

In Nigeria, it is usual practice for police officers to, even when there is no chance of releasing a suspect in their detention, continue extorting relatives of the accused.

Mr Ogbuagu said he asked the police inspector whether he should pay the balance for the bail and the latter declined.

“He didn’t collect the balance but returned the money I paid before. To tell you the fact, they are not owing me, they have refunded it.”

He said the police inspector told him that the Director-General of SON “was interested in the matter and willing to go court”.

Mr Ogbuagu, however, noted that he was charged “little fees” for things like “collecting other officer’s phone numbers and seeing his brother.”

Still detained
Five days after his arrest, Mr Ogbuagu is still in police custody and yet to be charged to court (there were public holidays on Friday and Monday).

When the media contacted Bola Fashina, the spokesperson of SON, he said the police would still investigate “and give appropriate recommendations”.

“We did not just go there, we went based on information that we already have and we also worked with security agents to check. Whoever has been arrested must have been arrested for a reason.

“The arrest is not the end of it, they were arrested only for investigation to continue. It will be right for whoever to make his case and absolve himself from whatever it is,” he said.