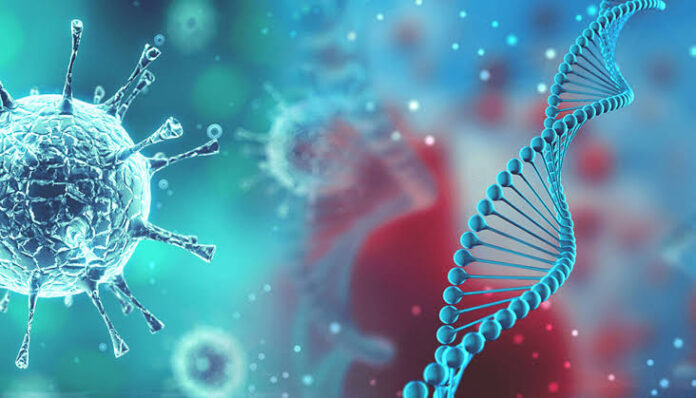 As the world battles to contain the deadly novel coronavirus disease and develop a vaccine for it, Malaysia has detected a new strain of the virus that has been found to be 10 times more infectious.

The mutation, which is known as D614G, was found in at least 3 of the 45 cases in a cluster that started from a restaurant owner from India who breached his 14-day home quarantine. He has since been fined and sentenced to 5 months in prison.

The strain was also found in another cluster involving people returning from the Philippines.

While making the disclosure, Malaysia’s Director-General of the Health Ministry, Noor Abdullah, said the community had to be more careful after the D614G mutation of the novel coronavirus was detected.

He said that the strain could mean that existing studies on the vaccine may be incomplete or ineffective against the mutation. He stated that it is found to be 10 times easier to infect other individuals and easier to spread.

Although the World Health Organization (WHO) has assured that there is no evidence to suggest that the strain leads to more severe disease, the mutation has become the predominant variant in Europe and the United States. A press report disclosed that the mutation is unlikely to have any major impact on the efficacy of vaccines that are currently being developed.

The mutation was detected by the Malaysian Institute of Medical Research from the result of isolation and culture tests on 3 cases from the country’s Sivaganga cluster and one case from the Ulu Tiram cluster.

“People need to be wary and take greater precautions because this strain has now been found in Malaysia. The people’s cooperation is very needed so that we can together break the chain of infection from any mutation.”

While Malaysia has managed to contain the resurgence of the virus, the number of new cases in the country has been picking up.

This new coronavirus disease discovery by scientists may constitute a setback for the numerous vaccine candidates against the virus. It is likely going to cause current vaccine research to be incomplete or ineffective towards this mutation