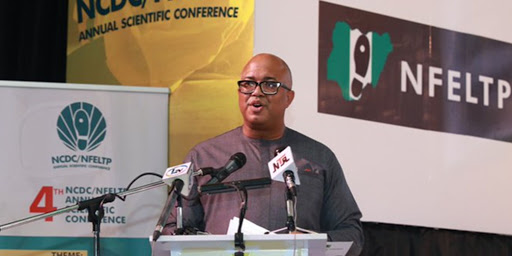 The Nigerian Centre for Disease Control (NCDC) has warned that there is likely to be an even more devastating second wave of coronavirus in Adamawa and other states in the country due to the non-compliance to COVID-19 health guidelines.

A technical adviser in the implementation of NCDC’s action plan in Adamawa State, Fahad Mohammed, who dropped the hint during the sensitisation of officials of the Nigerian police, civil defence, immigration and correctional services, and road safety personnel in Yola, said that the NCDC was driven to ensure more persons are tested so that the spread of this deadly disease can be addressed and tamed.

Mr Mohammed explained that the biggest concern was that people are not taking tests, “because some of them do not believe that the pandemic is real and that is why we have a low number of positive cases.

“Where you observe low numbers, it means tests are not being undertaken and if you are doing a lot of tests and getting negative results, then you ask who are the people being tested? What is the criteria?” he noted.

The NCDC official, who expressed serious concern with the low testing for COVID-19 in the state, revealed that “there are about seven LGs in Adamawa where testing has never taken place. You can’t say there is no such disease in the areashttps://tpc.googlesyndication.com/safeframe/1-0-37/html/container.html

“There is serious concern, (though we don’t pray and God forbid) that there is likely to be even more devastating second wave of coronavirus in Adamawa and other states due to the non-compliance to COVID-19 health guidelines and people declining tests,’’ he warns.

Disturbed by this trend, Mr Mohammed stated that NCDC is set to open testing centres in each of the 21 local governments of Adamawa State in its drive to ensure more persons are tested.

“So the new move will allow us to know the true story of infections in the state. In the next one two or three months, we shall finish the target test of one per cent of the population of the state.

“We will open test centers in all the local governments of Adamawa State. These test centers will allow residents to get tested seamlessly and obtain results in two to three days.

“We want to test at least one per cent of the population of the state after which we will plot the graphs and we shall tell the people whether we are flattening the curve or not.

“NCDC has deployed its staff to all the states to support states’ response to the COVID-19. We want to know the status of these states.

“We want to know the challenges. We had a meeting with security operatives including police, road safety, and soldiers so as to tell them our positions