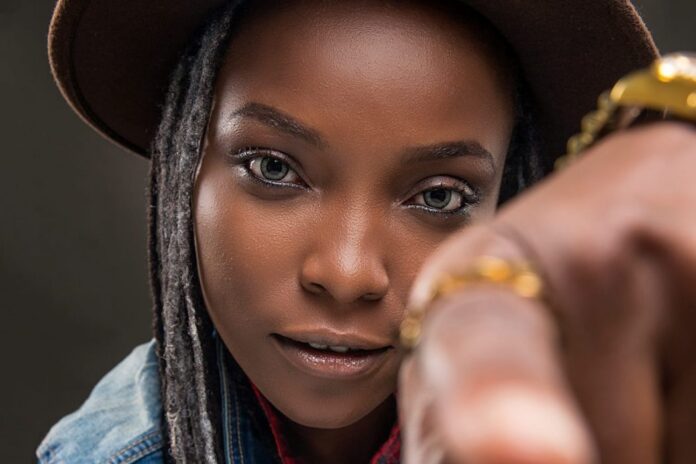 Nigerian artiste, DJ Switch, who was present when soldiers shot at peaceful protesters in Lekki, Lagos, on Tuesday, has shared her experience.

The artiste said armed soldiers and police officers shot at her and other peaceful #EndSARS protesters at the Lekki toll gate on Tuesday night.

She said at least 15 people were killed in the shootings and that she and other survivors took the victims’ bodies to the soldiers who took them away.

“Something I think about in hindsights that I wished we hadn’t done was that we carried dead bodies and dropped them at the feet of the soldiers, when I asked their unit commander why they are killing us.

“I wished we didn’t do that because they ended up throwing the bodies into their vans,” she said in a video she posted on social media.

She also displayed spent bullets she recovered from the scene of the shooting.

The attack on the unarmed protesters occurred hours after the Lagos State Government imposed a curfew in Lagos. The protesters continued their sit-in despite the announcement of the curfew which was to start by 9 p.m. in Tuesday.

The shooting started before 9 p.m. with the celebrity live streaming the protest and the shooting until she could not continue.

DJ Switch’s statement appears the clearest explanation yet from a witness about what happened in Lekki. It also seeks to clarify the claims that there was no shooting because bodies of victims could not be found.

The army has denied shooting at the protesters, despite contrary evidence, and Governor Sanwo-Olu has only admitted that two people died from the shooting.

The governor has promised an investigation while President Muhammadu Buhari has kept mum about the Lekki shooting.

The military reports to the president and the governor has said he never authorized the deployment of the soldiers.

Amnesty International has said that at least 12 people were killed on Tuesday at both Alausa and Lekki toll gate.

The Lekki shooting has been condemned by many Nigerians and members of the International Community including the U.S. government.

Read the transcript of her speech below

‘‘Yes there were soldiers but the other part that people are not talking about is that SARS, the police also came some 40, 45 minutes after the soldiers left. We were teargassed, it’s like cotonou pepper mixed with acid. People were running,we would run, we would come back.

A boy jumped on me and was shouting ‘‘cover her,cover her I didn’t even understand why he did that. They shot that boy on my back. I fell and while the soldiers were running around and trying to pick their shells, the soilers were also picking their shells, these are some of the shells we picked.

The military were there on Nigerian soil, killing Nigerian citizens, the SARS came aiming and shooting live bullets at us. Who takes live bullets to a protest? The leaders I urge to not insult the intelligence of Nigerians and their families.

Something I think about in hindsights that I wished we hadn’t done was that we carried dead bodies and dropped them at the feet of the soldiers, when I asked their unit commander why they are killing us. I wished we didn’t do that because they ended up throwing the bodies into their vans.

Please i never said 78 died, when i was doing the live seven had died, after my phone died, we had 15, I don’t know if they were more than that but we had a lot of people with stray bullet wounds. I condemn the burning of buses,I’m definitely going to come back and be on the streets protesting peacefully. We must continue. If we stop, I fear it must be 60 years before we can. We need accountability that is at the heart of this matter. We must speak, do not give up.

DJ Switch, real name Obianuju Catherine Udeh, is a Nigerian DJ, songwriter and musician who emerged as the winner of the first edition of The Glo X Factor in 2013.