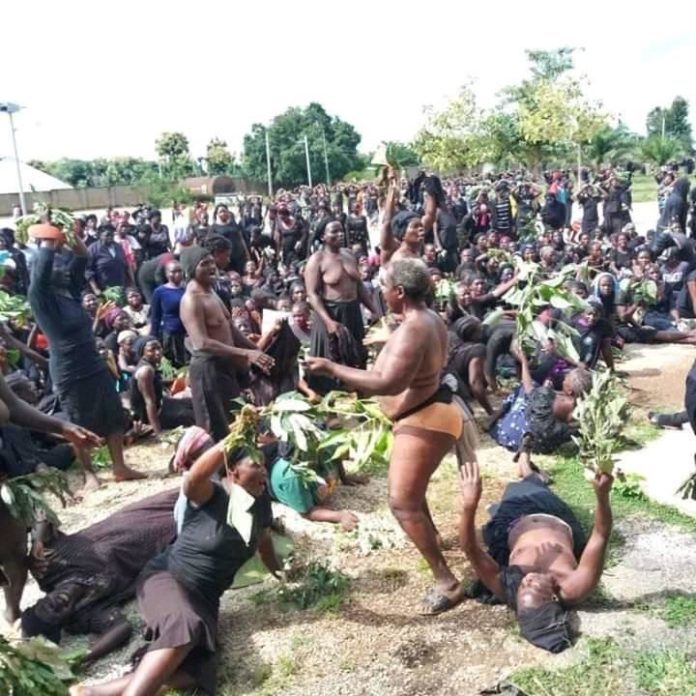 Hundreds of people have been killed in various local governments of Southern Kaduna in the past couple of years. The killings have continued despite the deployment of various military teams to the area. Yesterday, women of southern Kaduna protested naked to express their sorrow. They believe that the government of Kaduna state and federal government are not doing anything.

The violence and killings in Southern Kaduna have persisted because of the “evil combination of politically-motivated banditry, revenge killings and mutual violence by criminal gangs acting on ethnic and religious grounds,” the presidency said on Tuesday.

One of such latest killings occurred on Sunday when armed men stormed communities in Kaura Local Government Area. At least 16 people were killed in that attack.

In his statement on Tuesday, presidential spokesman, Garba Shehu, said “unlike other parts of the country, the problem of Southern Kaduna is more complicated than many critics are ready to acknowledge and understand.”

REVENGE KILLINGS WORSENING SECURITY PROBLEMS IN SOUTHERN KADUNA – PRESIDENCY
The Presidency wishes to state that the problem of insecurity in Southern Kaduna State is more complicated than many people are willing to admit.

From available records, Southern Kaduna enjoys comprehensive security deployments, including the Army, Special Forces of both the Army and the Air Force, surveillance aircraft by the Air Force and mobile police units that are on the ground on a 24-hour basis to forestall criminality and keep the peace.

But unlike other parts of the country, the problem of Southern Kaduna is more complicated than many critics are ready to acknowledge and understand.