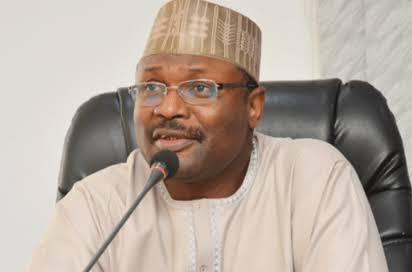 The electoral commission will begin registration of voters in January.

Nigeria’s electoral umpire, INEC, will commence the registration of eligible voters by 2021 ahead of the 2023 general elections, the chairman of the commission, Mahmood Yakubu, has said.

The exercise, which will begin in January, will run for next 18 months – and stop about six months before the elections, he said.

He also said N1 billion has been budgeted for the registration exercise.

Mr Mamood disclosed this in an interview with journalists on Wednesday, shortly after his 2021 budget defence at the Senate.

“In other words, the Commission is not going to resume voter registration for a week, two weeks or a month but we are working out the details.”

The INEC boss also disclosed that the commission is ready to “roll out” diaspora voting to enable more eligible Nigerian citizens working in diplomatic missions or those permanently living abroad to vote.

He, however, said it will require amendment of the 2010 Electoral Act by the National Assembly.

“The Commission is desirous of giving Nigerians living abroad the right to vote, after all, all our neighbouring countries do so.

“But it requires the amendment to the constitution and the Electoral Act for that to happen. And we have already worked out the document. Once the law is amended today, we can roll out.

“We are ready. We have had several meetings with the Nigerians in Diaspora Commission (NIDCOM) but we can’t go beyond what the law provides,” he said.

In the same vein, he called for an amendment to the Electoral Act to allow disenfranchised groups to vote. These include journalists, security personnel, INEC staff, among others.

He also sought amendment to allow Nigerians with their Permanent Voter’s Card(PVC) to vote anywhere they find themselves.

“It’s not just those in the armed services, the police involved in election duty, journalists, INEC adhoc staff and some INEC staff don’t vote. The reason is that you are posted for election duty to places other than where you are registered, and the law says you vote where are registered.

“So, if you pass some amendments to the Electoral Act to enable people to vote, two solution perhaps, early voting, so that those involved in election duty can vote early or major reform of electoral legal framework to allow people to vote wherever they are.

Budget performance/Special fund
For 2021, INEC proposed a budget size of N40 billion, which is expected to cover the growing personnel cost; overhead, electoral expenses as well as litigations.

This is even as the INEC boss stated that the commission pays an average of N4.5 million to secure the service of a Senior Advocate of Nigeria(SAN), a fee he said is based on a payment scale designed by the Ministry of Justice.

While he said INEC has no problem with its budget performance for 2019, the commission ,however ,encountered a few financial challenges in the budget for 2020 as a result of COVID-19 pandemic.

Mr Mahmood sought the Senate’s approval to take N5.2 billion from a “Special INEC Fund”. This, he said, is to make up for the shortfall.

The INEC Fund is a provision in the Electoral Act 2010 that enables INEC save a percentage of its allocation for emergency duties and rainy days. And no withdrawal has been made from the Special INEC Fund in the last 10 years.

“The Commission cannot be independent unless it is financially independent. There are some activities that happen that are time bound or bound by some specific provisions of the constitution that the Commission has to undertake,” he told journalists.

“But what has happened now is our budget for 2020 dropped to N40 billion from N45.5 billion in 2019. And as a result of the 10 per cent COVID cut, it further dropped to N36 billion in the middle of the year when we had already made preparation for expenditure, and therefore, since that fund is made for the rainy days, I informed the committee that the rainy day has come. So we are taking part of the fund to balance our budget for this year.”

In his remarks, a member of the committee, Opeyemi Bamidele, said the Senate will address the aspect of its desired reforms ranging from funding for elections to remuneration for INEC staff.

He, thereafter, directed the INEC chairperson to, within the next three months, report back on specific issues that require legislative action and as well as improved salary structure for the commission.